In his post, Vikas mentioned that Karan Kundra is the only actor who stood by him all along despite knowing about his orientation. Karan praised Vikas on social media. Apurva Asrani, screenwriter and editor, who came out as gay a few years ago, has also lauded his step. Gauahar Khan, Ada Khan, Surbhi Chandna are other few names that have supported the actor. 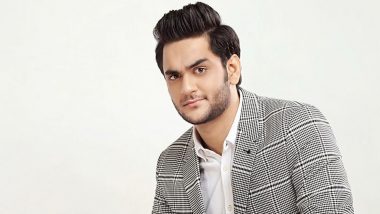 Popular TV producer and Bigg Boss 11's mastermind, Vikas Gupta, broke the shackles and came out as bisexual to the world in an all-telling post on Instagram. He posted almost an hour-long video to narrate his story. He has joined the elite list of a select few people in the entertainment industry in Bollywood who are open about their sexuality. Kudos to Vikas for pushing the envelope and that too during the pride month. We are not the only ones lauding the ace producer for his brave step. Fans have been posting heart-warming messages in the comments section of his posts on Twitter and Instagram. Quite a few celebs have also cheered for him. Vikas Gupta Comes Out As Bisexual With Flying Colours This Pride Month and Nothing’s Going to Dampen His Vibe (Watch Video).

In his post, Vikas mentioned that Karan Kundra is the only actor who stood by him all along despite knowing about his orientation. Karan praised Vikas on social media. Apurva Asrani, screenwriter and editor, who came out as gay a few years ago, has also lauded his step. Gauahar Khan, Ada Khan, Surbhi Chandna are other few names that have supported the actor. Riverdale Actress Lili Reinhart Comes Out as a ‘Proud Bisexual Woman' in A Post Supporting the #BlackLivesMatter Movement.

Truth be told, we expected more celebs to talk about Vikas and cheer for him. While there is support, it does not seem enough. The fraternity needs to be more accepting vocally and openly. Check out the words of the celebs who have supported Vikas.

Big love #VikasGuppta. You are probably the first Indian actor to come out of the closet. Extending you all the love & support my friend. Don't forget that there are many like you in the industry, only few have the courage to come out. 💗🌈✊🤗@lostboy54 https://t.co/6wqK89mdcT

Check Out Other Reactions Here: 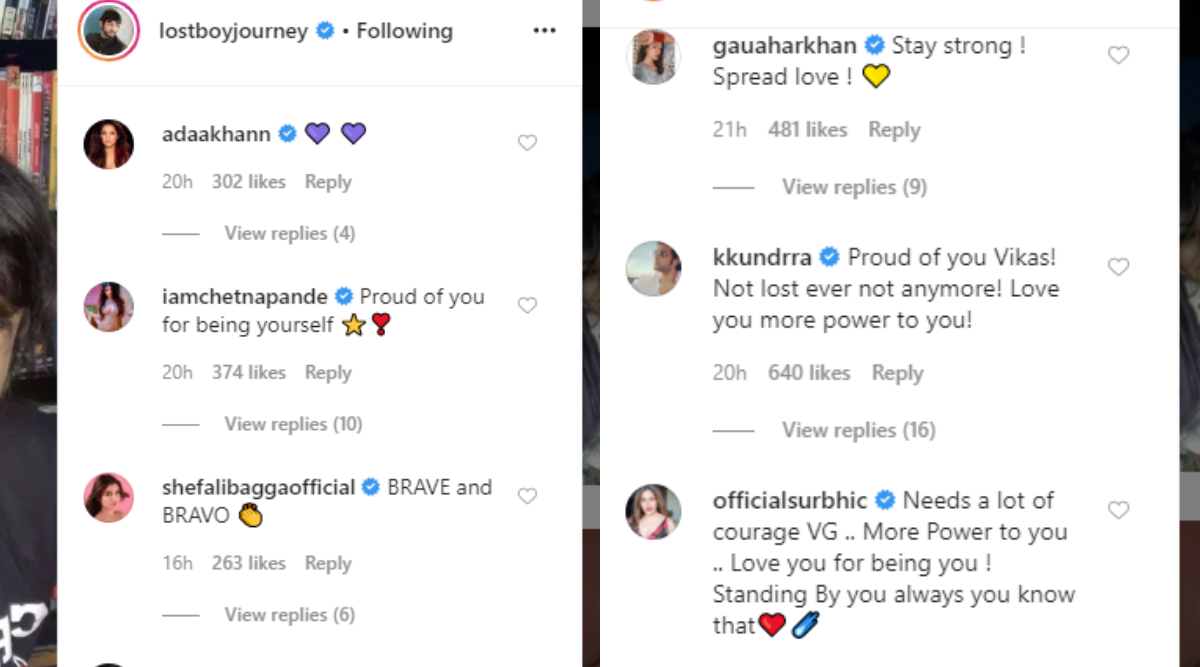 Here I am , how I am - Standing tall and I will not be shamed bullied or blackmailed for what God has made me . It has been years of torture and humiliation and hiding my emotions but that has not stopped me from being a good human being who is constantly evolving. I have made mistakes and I will continue to do so but I am learning and not repeating them. I will move shed to do better. My family has left me for what ever reason they want to give but I will not Bring shame to Them by putting details of it both #parthsamthaan and #priyanksharma have done terrible things but I will not shame them either of what all has happened cause mud slinging is what one of them loves. I spoke today because they pushed me to this extend . I will put one last post after both have spoken. To give what is needed for people to know the truth. After which they can do and keep doing what they want to. As for my mom , I love you even if you don’t love me anymore. My siblings who I have brought so much shame to, seeing you makes me swell with pride and my friends who don’t find me kool anymore thankyou for being good to me when ever you were. I am thankful #karankundra undra for all these years even after knowing about my sexuality you chose to stand by me even though people would gossip about u too but you dint leave my side and was there like an older brother protecting me . M for making me realise it’s okay And Ekta di for the only one who has been there no matter what and I will be there no matter what ❤️ Gayu Maam Thanku for the call yesterday. This is what came out of it #Lostsouls I have a family . Thankyou for taking care of me .

In September 2018, Supreme Court of India legalised consensual gay sex. It was a long legal struggle to get the LGBT community their due rights, and do away with the archaic Section 377. But the fight continues. The stigma against the LGBT community continues. Equality rights have not extended to allow gay marriages or adoption of children.

(The above story first appeared on LatestLY on Jun 21, 2020 09:50 PM IST. For more news and updates on politics, world, sports, entertainment and lifestyle, log on to our website latestly.com).