Cezanne Khan became a household name with Star Plus' hit daily soap, Kasautii Zindagi Kay. Recently, a US-based woman accused the actor was marring her merely for a green card. However, Cezanne has set the record straight and denied the allegation. Read on. 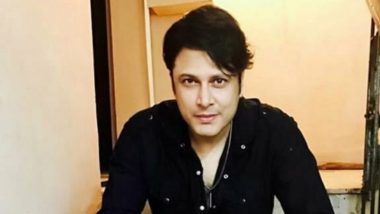 Cezanne Khan became a household name with Star Plus' hit daily soap, Kasautii Zindagi Kay. Fans loved him as Prerna's Anurag Basu and the rest is history. Over the years what we've noticed is that Cezanne does not like to be much in the public eye and keeps away from the constant media tracking. But recently, a few reports erupted online which claimed that he is in love and will be tying the knot soon. However, in what you may call as shocking news, a report in TOI said that US-based woman of Pakistani descent Aisha Pirani alleged that Cezanne was married to her in the US between 2015 and 2017. Kasautii Zindagii Kay Title Song Featuring Shweta Tiwari and Cezanne Khan As Original ‘Prerna and Anurag’ Will Make You Feel Nostalgic.

That's not it as she also expressed that the actor got hitched to her merely for a green card. “I don’t care if he gets married 50 times over now, but why is he hiding the fact that he was married earlier? He cheated on me and used me to obtain green card in the US and lived off my money. The moment he got the Green Card, he filed for divorce, " she had said.

Further, when the same portal reached out to Cezanne Khan to get his reaction, he simply tagged her as an obsessive fan. He said, "I was never married to her. This is a case of an obsessive fan. It’s irrelevant to talk about such people. She is just trying to gain publicity through me." He also added that she is a fraud that and all the documents are morphed. Kasautii Zindagii Kay 2: Namik Paul Enters The Show, Will He Play Mr Bajaj? (Deets Inside).

Earlier in a conversation with Bombay Times, Cezanne had talked about how he is dating someone and also revealed his marriage plans. He said, "She is someone special and I am dating her for the past three years. She is from Amroha (UP). I am in a happy space with her and looking at tying the knot soon. We had planned to get married by the end of 2020 but postponed it owing to the pandemic. We will tie the knot this year.” Stay tuned!

(The above story first appeared on LatestLY on Jan 07, 2021 09:38 PM IST. For more news and updates on politics, world, sports, entertainment and lifestyle, log on to our website latestly.com).