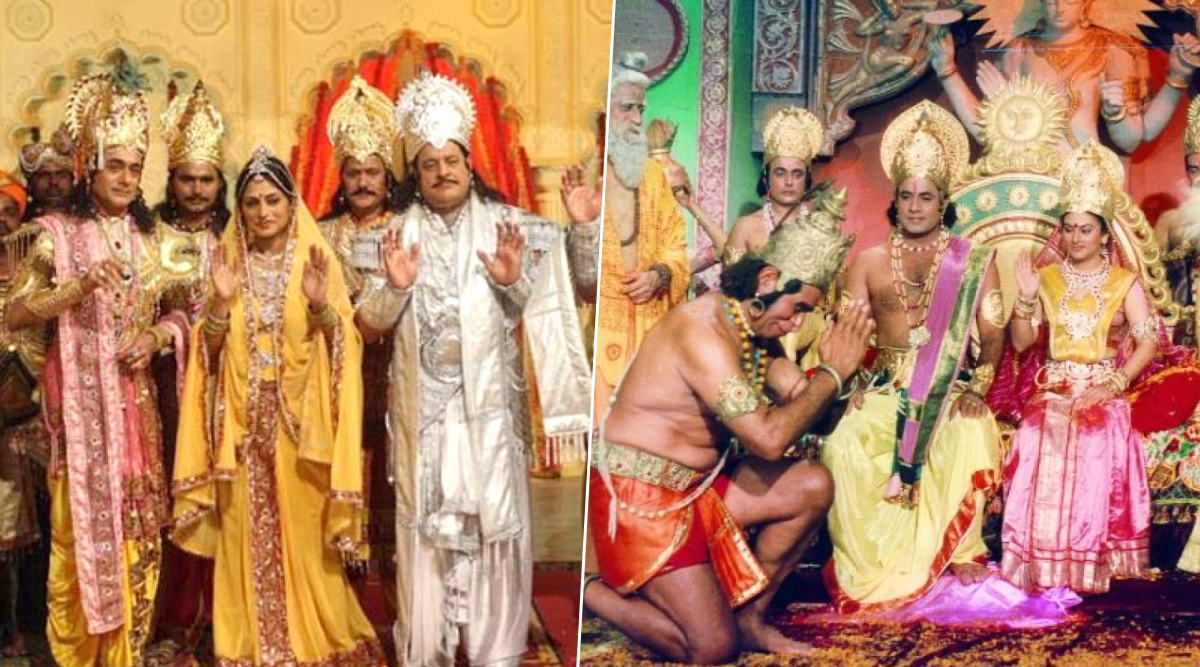 Ramayan and Mahabharat to Re-Air on Doordarshan (Photo Credits: Twitter)

In the wake of the Coronavirus lockdown and also the extended 21-day curfew that Prime Minister Narendra Modi announced a few days back, to stop the spread of COVID-19, shoots of films and television shows have come to a screeching halt. Apart from problems of the daily wage workers who work on the sets, what has also become an issue is that owing to shows not having a huge episode bank and the speculated lockdown time being almost a month, the makers have resorted to re-airing some of their show's old episodes and the channels have planned on bringing back some of their old off air shows. COVID-19 Outbreak: Kapil Sharma Donates Rs 50 Lakh To PM Relief Fund For The 'FightAgainstCorona' (View Tweet).

A few days back, we had reported about how channels will be reairing their OTT content on the tube now to fill the empty slots left by shows which do not have the luxury of an episode bank. While Star Plus will be airing some of Hotstar's content, Zee TV will feature ALTBalaji and Zee5 shows. Also, Sony TV will see old episodes of The Kapil Sharma Show being re-aired. Likewise, Colors has begun the re-run of their longest Bigg Boss season, Bigg Boss 13. Coronavirus Lockdown: With Shooting Halted, Channels To Put Their OTT Shows On TV (Details Inside).

And now, news coming in suggests that if things work out, Doordarshan will see the return of their cult shows, BR Chopra's Mahabharat and Ramanand Sagar's Ramayan. The channel has decided to bring back these mythological shows that were a runaway hit with the masses to make up for vacant time slots.

Yes we are working on the same with the Rights Holders. Will update shortly. Stay tuned. https://t.co/2Jhjw2qD3s

Information and Broadcasting Minister of India, Prakash Javadekar confirmed the development and Tweeted:

Happy to announce that on public demand, we are starting retelecast of 'Ramayana' from tomorrow, Saturday March 28 in DD National, One episode in morning 9 am to 10 am, another in the evening 9 pm to 10 pm: Minister Information & Broadcasting Prakash Javadekar (file pic) pic.twitter.com/cfDm8N6ggC

The first of mythological shows to be made on television, Mahabharat ran for a total of 94 episodes from October 1988 to June 1990 and Ramayan aired a total of 78 episodes and ran from January 1987 to July 1988. The shows were immensely missed after their went off air.