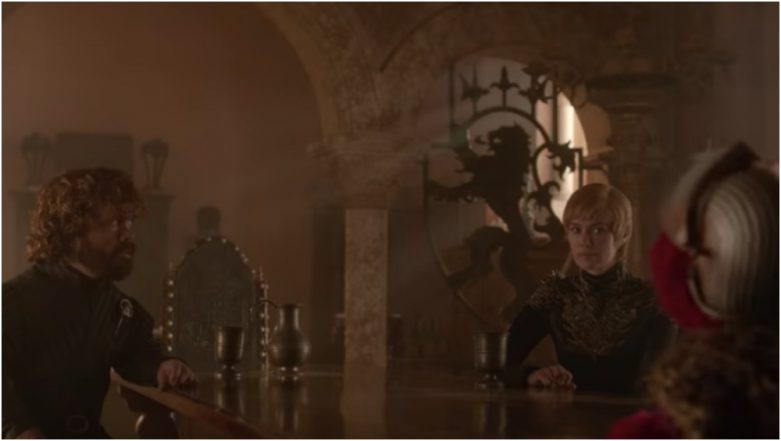 If you are a Game Of Thrones fan, you probably think that Cersei Lannister and her brother Tyrion Lannister may never get along after all. Although, there's someone who seems to have offered their help to patch things up between the Lannister siblings and it is none other than, the red monster, Elmo. Yes, we are talking about the little muppet from Sesame Street. A fun crossover video of Game of Thrones meets Sesame Street was posted on the latter's Facebook page. Both of the HBO programmes have been loved by viewers and with this video, it is like having the best of both worlds.

We see little Elmo teaching Cersei (Lena Headey) and Tyrion (Peter Dinklage) all about respecting each other and how that will help them get along. He says, "Elmo thinks that you two need to respect each other. When Elmo has a problem with his friends, like Abby or Cookie Monster, Elmo doesn’t get upset, Elmo listens and learns from what they have to say.”Game Of Thrones Season 8 Episode 2: From Gilly's Return to Jaime Lannister's Trial, These Pictures Reveal What Happens Next.

While Tyrion agrees and says coming together would only make them stronger, the final call is for Cersei to take. Will she agree to respect and listen to her brother? With a friend like Elmo, it seems impossible for even someone like Cersei to deny and she says, "I can try."

This video has left fans of both the shows saying 'AWW'. Recently, Cookie Monster from Sesame Street was also seen in another crossover video with the Westworld series characters. Fans are loving these cute videos and this has certainly left us thinking, would Game of Thrones ever be the same if they went by Elmo's advise? Game of Thrones 8: Isaac Hempstead Wright aka Bran Stark Just Dropped Some Major Hints About the Night King's Identity (Watch Video)

The HBO series is currently in its final season and released its first episode from the season 8 last week. The new episode is all set to air on April 21.