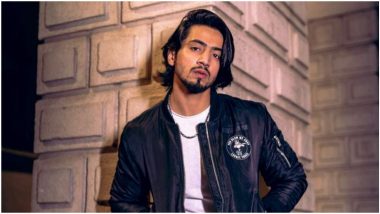 About the show's host Rohit Shetty, he said: "Sharing the screen with the almighty of action, Rohit Shetty and performing adventures under his mentorship is what I am looking forward to in the show. I am ready for the thrill, action and adventure that awaits this season." Khatron Ke Khiladi Season 12: Rubina Dilaik, Rajiv Adatia, Sriti Jha, Shivangi Joshi and More – List of Contestants to Be Seen on Rohit Shetty’s Show!

The contestants are set to head to Cape Town for the new adventure. Others who are a part of the 12th season include names such as Mohit Malik, Pratik Sahajpal, Chetna Pande, Rajiv Adatia and Rubina Dilaik among many others. Khatron Ke Khiladi will air on Colors.

(The above story first appeared on LatestLY on May 07, 2022 03:46 PM IST. For more news and updates on politics, world, sports, entertainment and lifestyle, log on to our website latestly.com).