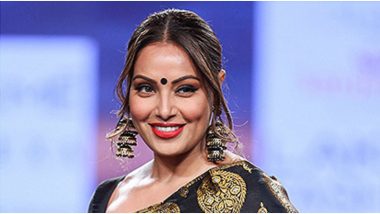 The dancing reality show, Nach Baliye will be soon back with its tenth season. This time the show is said to be produced by Karan Johar's Dharma Productions and that's how it will be entering the television space. Also, a few reports hint that Nach Baliye 10 will lock horns on the TRP chart with Bigg Boss 14 as both the reality series are speculated to be aired around a similar date. Well, now an exclusive report in Pinkvilla suggests that this year it's Bollywood Bengali beauty Bipasha Basu who has been approached by the makers to turn judge for Nach Baliye. Yes, that's right. Nach Baliye 10: After Salman Khan, Karan Johar Steps In As Producer

The report also adds David Dhawan and Vaibhabi Merchant are also in talks for the show. A close source reveals to the portal, "Channel and the production are in talks, back and forth with Bipasha, David Dhawan and Vaibhavi Merchant to be the judges for the upcoming season. The talks are currently on, but nothing is confirmed as yet. Things might get locked next week." Bigg Boss 13 Fame Couple Asim Riaz and Himanshi Khurana Approached For Nach Baliye 10, Confirms Latter.

Earlier to this, Sonakshi Sinha and Raveen Tandon have also judged the show. Indeed, Basu is a seductress and a terrific dancer and we bet if the above report is true then it will be quite fun to watch her judging the contestants. Last year it was Prince Narula and Yuvika Chaudhary who had won the dancing reality series. Stay tuned!

(The above story first appeared on LatestLY on Aug 10, 2020 10:19 AM IST. For more news and updates on politics, world, sports, entertainment and lifestyle, log on to our website latestly.com).