RIP Ranjan Sehgal: From TV Serials to Wife And Family Life, 5 Lesser-Known Things About Sarbjit Actor, You Probably May Not Have Known 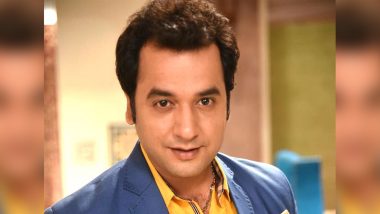 Ranjan Sehgal, a well-known television and Punjabi actor died on July 11 due to multiple organ failure. He was 36. This tragic news was shocking and fans of the actor mourned the loss of a talented soul on social media. The reports also stated that the actor was unwell from quite a long time. The deceased had started as a theatre artist and later made it to Mumbai to pursue his dreams. However, these are all the known facts about the television actor, but read on as we give you some of the lesser-known things about the Sarbjit actor who is no more. Ranjan Sehgal, Sarbjit and Crime Patrol Actor, Dies From Multiple Organ Failure at the Age of 36.

In the year, 2014, Ranjan got married to his long time girlfriend, Nivvya Chhabra who happens to be a designer by profession. The interesting takeaway here was that Ranjan and Nivya met on the sets of a Punjabi serial and instantly fell in love. They got engaged in 2013 and finally got married on 24 February (2014). Interestingly, the pair were also seen in a Punjabi movie titled, Yarada Ketchup and in a daily soap on Life OK namely Tum Dena Saath Mera.

However, the trouble in Ranjan's life came in when he got arrested in 2017. According to reports, Sehgal's wife filed a case against him at Malad police station for stealing jewellery and cash. Later, Ranjan admitted the crime to his wife and had stated that he had stolen her jewellery and cash worth Rs 9.28 lakh. Post this he was arrested. Parth Samthaan Tests Positive For COVID-19, Kasautii Zindagii Kay 2 Shoot Halted, Cast & Crew Asked To Undergo Tests, Self-Quarantine For 14 Days.

Lastly, the deceased was part of many TV shows such as Crime Patrol, Gustakh Dil, Tum Dena Saath Mera, Sabki Ladli Bebo, Kuldeepak, and Bhawar among others. May his soul rest in peace.

(The above story first appeared on LatestLY on Jul 12, 2020 05:20 PM IST. For more news and updates on politics, world, sports, entertainment and lifestyle, log on to our website latestly.com).