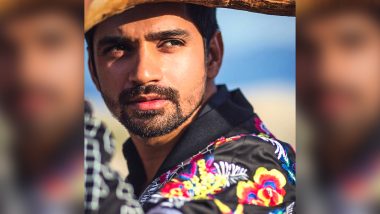 Saath Nibhaana Saathiya 2 is on in the making. The show's first season had a successful run on seven years has been commissioned for a second season as well. While actors Devoleena Bhattacharjee, Rupal Patel and Mohammad Nazim will be reprising their roles of Gopi, Kokila and Ahem in the show, the makers have now approached actor Vishal Singh, who played Jigar in the first season to reprise his role. However, the actor is still in the talking stages. Sushant Singh Rajput's Kis Desh Mein Hai Meraa Dil Co-Star Vishal Singh Feels 'There Is Something Bigger Behind His Death'.

"I got a call from the makers for the same, and we had a conversation about it. As of now, I am not sure about joining the show again. I am okay doing a cameo but not much interested in doing a show of which I have already been a part of before. I was part of Saath Nibhana Saathiya for more than six years." confirmed Vishal to Bombay Times. Saath Nibhaana Saathiya 2: Harsh Nagar and Sneha Jain To Play the Main Leads Anant and Gehna.

He continued, "Right now, I am busy with other work assignments, which involve a lot of travelling. So it will not be possible for me to invest my whole time in doing a daily soap. Also, even if I put that aside, I would want to do something new, and not something which I have already done in the past. It should give me an opportunity to show my versatility." Sunil Grover as 'Topi Bahu' Recreates Saath Nibhaana Saathiya's Iconic Laptop Scene and It Is Hillarious AF (Watch Video).

The makers have roped in Harsh Nagar and Sneha Jain as the leads Anant and Gehna. The makers launched the first promo of the show with Devoleena Bhattacharjee launching the new female lead Gehna. The show will reportedly start in October and is rumoured to be replacing Kasautii Zindagii Kay 2.

(The above story first appeared on LatestLY on Sep 15, 2020 05:49 PM IST. For more news and updates on politics, world, sports, entertainment and lifestyle, log on to our website latestly.com).