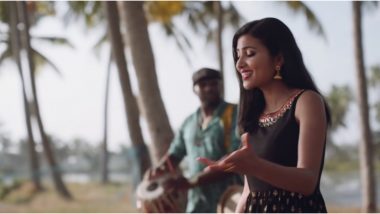 Vidya Iyer, or better known as her stage name Vidya Vox, is an internet sensation. She stunned the audience globally with her heartfelt covers and mashup of songs. Since she began her YouTube journey in April 2015, she has amassed millions of followers and fans. Who can forget her amazing cover of "Cheap Thrills" with Shankar Tucker? She has also released two albums in the last 5 years. Today, Vidya Vox is celebrating her 30th birthday. So, to celebrate her birthday we are going to listen to the most popular songs that she has crooned. It is a perfect way to spend your evening. Hrithik Roshan Meets Singer Vidya Vox and Reveals Himself to be Her Fan.

Talking about her journey as a musician, Vidya has said that she was and is a science nerd. "I grew up singing as well, but it wasn’t until college when I met clarinettist and composer Shankar Tucker that I realised the power of YouTube. I started touring with Shankar and his band during my college and university days. So on weekdays, I would work at a cardiology office, and on the weekends, I’d sing. I loved how music made me feel, so I decided to give it a serious shot. My mom gave me two years to figure out my singing plans and if they did not work out, I was to go back to medical school," she revealed in an interview.

(The above story first appeared on LatestLY on Sep 26, 2020 05:38 PM IST. For more news and updates on politics, world, sports, entertainment and lifestyle, log on to our website latestly.com).