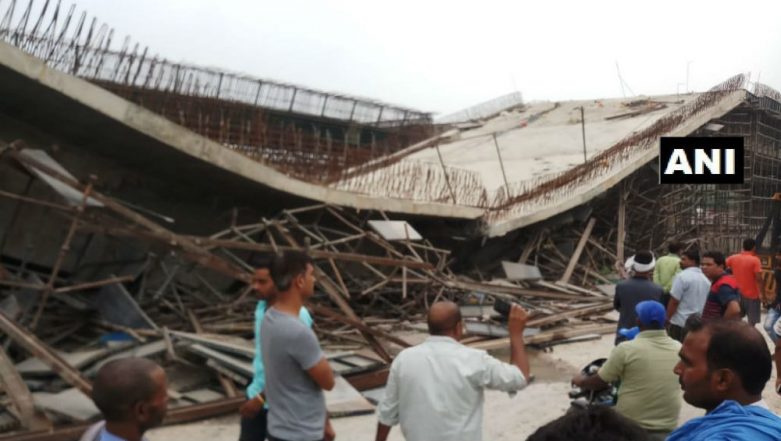 Basti, Aug 11: At least four people were injured after lintel of a flyover on National Highway 28 in Basti collapsed on Saturday morning. Two people were reportedly trapped under debris even as the rescue operation was underway. The cause of the collapse was not immidiately known. As soon as the intel of the flyover collapsed, local police and residents rushed to the spot for rescuing people.

Follwoing the collapse, Uttar Pradesh Chief Minister Yogi Adityanath directed local administration to speed up the rescue operation and clear the traffic on the National Highway 28. Injured persons were rushed to the hospital for the treatment. The flyover was reportedly under construction. Further details were awaited.

In May this year, many people died after a portion of an under-construction flyover collapsed near Cantt railway station in Varanasi.