Once released, the cut-off list for all regions; Mumbai, Pune, Amravati, Nagpur, Nashik and Aurangabad will be available on the institute’s respective websites. 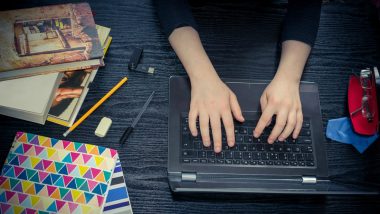 The second cut-off list for the First Year Junior College (FYJC) admissions has been postponed to Thursday, 19. This decision was taken to meet the recent order by the Nagpur bench of the Bombay High Court surrendering quota seats by minority institutions. Once released, the cut-off list for all regions; Mumbai, Pune, Amravati, Nagpur, Nashik and Aurangabad will be available on the institute’s respective websites. For colleges in Mumbai and Pune, the cut-off list will be provided at mumbai.11thadmission.net and pune.11thadmission.net.

The notification published by the School Education and Sports Department (SESD) reads, “As per the order of the Hon’ble High Court, Nagpur Bench on 12th July & accordingly Govt. order dated 16th July, Round-2 cut-off list will be declared on 19th July 11 AM.” This year, the first cut-off list was released on July 7. Various media outlets suggest that around 50,000 students were allotted seats in the first round and over 2 lakhs seats are still vacant and will be filled up in the coming admission rounds. However, vacancies in top colleges are very few.

TOI reported that a writ petition was filed by a private college that stated that minority institutions were surrendering part of their 50 percent minority seats to accept general category students, leading an increased competition. In the order dated July 12, a bench of Justice ZA Haq and BP Dharmadhikari said, “...the status of minority enjoyed is being compromised in the process to the prejudice of the non-minority institutes.” Looking at the past instances, the minority institutions in the state complete their quota admissions ahead of the Central Admission Process (CAP) and surrender vacancies for students under the general court.

The High Court has ordered as a short-term measure that quota seats at minority junior colleges; minority (50 percent), management (5 percent) and in-house (20 percent) will have to filled by the colleges. In this report, it was further stated that the court has directed the writ petition to be turned into a Public Interest Litigation (PIL). The cut-off remains high as the number of top scorers subsequently increased.

(The above story first appeared on LatestLY on Jul 17, 2018 09:04 AM IST. For more news and updates on politics, world, sports, entertainment and lifestyle, log on to our website latestly.com).