At a virtual event bringing together top leaders from San Francisco’s real estate industry and nationally, the San Francisco Business Times recognized its 2020 Real Estate Deals of the Year. 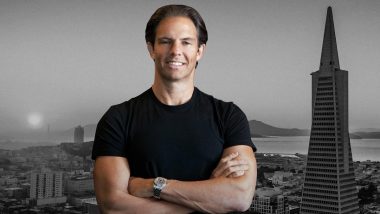 At a virtual event bringing together top leaders from San Francisco’s real estate industry and nationally, the San Francisco Business Times recognized its 2020 Real Estate Deals of the Year. Award winners shared videos and delivered live remarks on the state of the industry and the challenges and opportunities as investors navigate the impacts of the Covid-19 pandemic on the market.

Michael Shvo, founder and CEO of the real estate investment and development firm SHVO, accepted the Real Estate Deal of the Year Award in recognition of his firm’s record-breaking Transamerica Pyramid acquisition. The deal was the largest commercial real estate acquisition in the U.S. during the pandemic. Shvo and his investment partners--Deutsche Bank and Bayerishce Versorgungskammer (BVK)--became the iconic Pyramid’s second-ever owners.

"Just like San Francisco itself, people have been honoring the Pyramid’s past and imagining its amazing future. With the full city block, Redwood Park, and the genius of the building’s visionary architect, William Pereira, Transamerica is always going to be the beacon of the San Francisco skyline," Shvo said. "We’re planning a comprehensive investment to renew, refresh and reimagine it for a glorious tomorrow. The best is yet to come for the Transamerica Pyramid, and we welcome you all there."

The deal was made more complex by the pandemic, which delayed the closing process and raised questions about the endurance of sale amidst a turbulent commercial real estate market.

After Shvo’s acceptance remarks, the event moderator and San Francisco Business Times Editor, Doug Fruehling,asked if Shvo ever had second thoughts about the deal due to the pandemic. He answered with a resounding no. Highlighting the significance of the deal, Shvo added, "Was it by far the most challenging deal that we've done to date? Absolutely.”

Looking forward, Shvo also spoke about the long-term nature of the deal. "We’re not buying this building today so we can renovate it tomorrow, lease it up, and sell it five days from now. There's no reason to ever sell this building because you can't replace it with anything." When pressed for details on the much-anticipated renovation, Shvo replied, “I can't tell you yet who the architect is. We're in the midst of concluding a competition between three of probably the greatest architects in the world.”

Shvo recalled that when the previous owners of the Pyramid, Dutch insurance company Aegon NV, invited him to tour the building, he made plans to come to San Francisco the next day -- which was a Sunday.  “No one wants to show a building on a Sunday,” Shvo said, “But I was insistent. The truth is that you don't even have to walk into the property, you just come around the corner and stare at this unbelievable piece of architecture.”

Shvo elaborated on his firm’s plans for the building: "We're going to enhance not only the beauty of the site itself, the Redwood Park and the joining assets, this property deserves to be as it always was, the center of San Francisco. We will bring this property to the peak of the market here."

Fruehling also invited Shvo to share what made him decide he wanted to buy the building. "When I saw it for the first time from the ground,” Shvo replied. He recalled his admiration for the building even as a child when he visited San Francisco and saw the Transamerica Pyramid.“I could never imagine owning this building 40 years later."