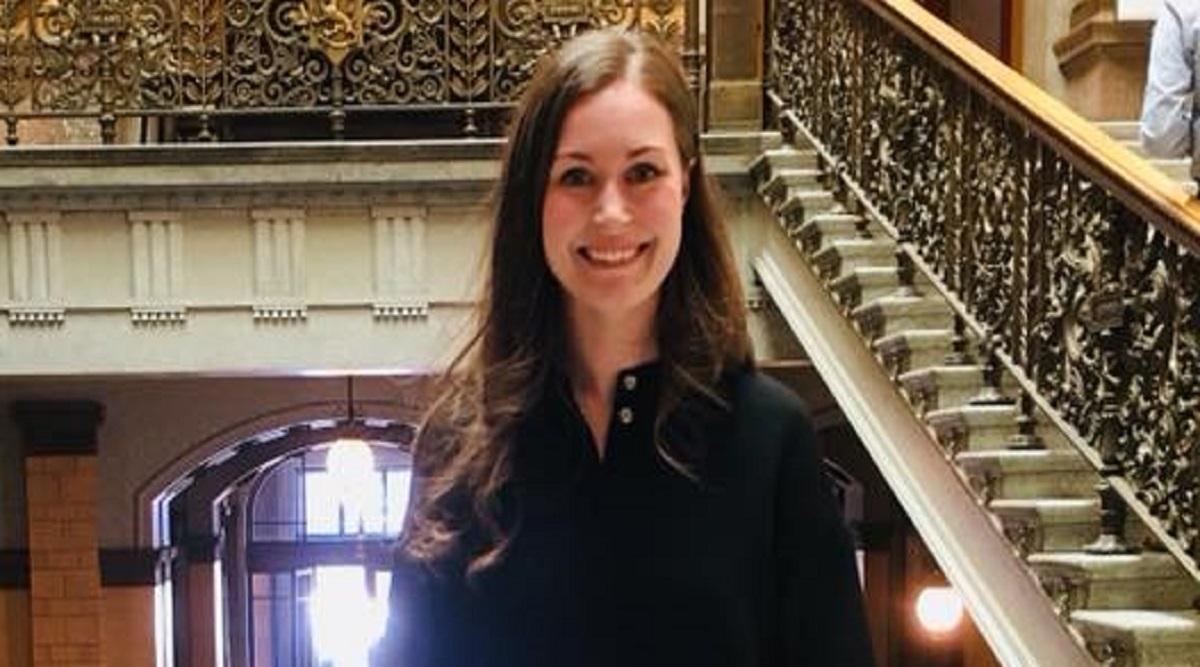 Helsinki, December 9: At 34, Sanna Marin will become the world's youngest sitting prime minister when she is sworn in by the Finnish parliament on Tuesday, but she is far from lacking in political experience. The former transport minister gained a reputation as a tough, straight-talking operator from her five years as leader of the city council in her hometown of Tampere, where she took office in 2012 aged 27. Marin's rise to the pinnacle of Finnish government means that when she takes over as head of the Social Democratic Party next year, women will hold the top job in each of the five parties in Finland's governing centre-left coalition, and all but one of the leaders are aged under 35.

Marin becomes not only Finland's youngest ever prime minister, but also the world's youngest sitting head of government, ahead of Ukraine's Prime Minister Oleksiy Honcharuk, who is currently 35. After being selected by her Social Democratic party on Sunday to replace outgoing PM Antti Rinne, who quit last week over his handling of a postal strike, Marin deflected questions about her age. Finland: Sanna Marin at 34 Becomes World's Youngest Prime Minister.

"I have never thought about my age or gender, I think of the reasons I got into politics and those things for which we have won the trust of the electorate," she told reporters. The Social Democrats took office in June after defeating the far-right, anti-immigration Finns Party by the narrowest of margins in April's general election. The victory was seen by some commentators as a triumph for Finland's liberal, equal society over a party which ran on a ticket of cutting asylum levels almost to zero and halting anti-climate change measures.

Since then, however, the polls suggest the SDP has dived in popularity to fourth place while the Finns party, led by hardline former MEP Jussi Halla-aho, has risen to become the country's most popular party by a margin of five points. Recent polling suggests that Marin was the most popular SDP politician to become the next prime minister, and she has said that winning back the trust of both the coalition parties and the electorate will be her first priority.

Marin has said that her childhood has strongly influenced her political priorities. "I am from a poor family and would not have been able to succeed and move forward were it not for the strong welfare state and the Finnish education system," she told Helsingin Sanomat. Marin grew up looked after by her mother and her mother's girlfriend, and said that her 'rainbow family' showed her the importance of "equality, fairness and human rights".

In a 2015 interview, Marin said she felt 'invisible' as a child, because she could not speak openly about her family setup. "It was something you couldn't talk about. It only became possible to talk quite openly about rainbow families in the 2000s," she told the magazine Me Naiset. In January this year, Marin, who has a degree in public administration, admitted in a newspaper interview to liking order both in politics and in her private life.

"It's always very tidy at home," she told Finnish paper Helsingin Sanomat, adding that "The government has its own role, and labour organisations have theirs. It's important these boundaries are kept to". As mother of a two-year old daughter, Marin said Sunday that childcare will not interfere with her ability to be prime minister.

"As this situation came as a surprise, it was reassuring that my husband messaged me to say he and my mother have already worked out how they will handle the practical childcare issues," Marin said. Marin, who will become Finland's third female PM, is due to be sworn in by the president on Tuesday following a vote in parliament on her appointment, which Marin looks certain to win given that the governing majority coalition has endorsed her.