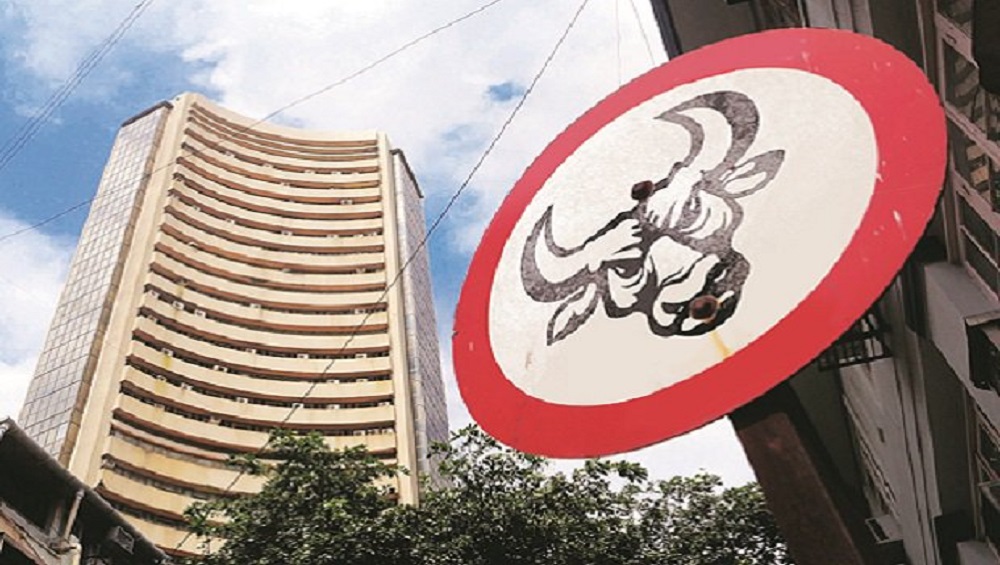 Mumbai, September 23: Heavy buying by foreign institutional investors (FIIs) and domestic traders pushed up equity benchmark indices further on Monday after the corporate tax cut announced by the government last weekend. The rationalisation of Goods and Services Tax (GST) for certain sectors too added cheer to the market sentiment. At the closing bell, the BSE S&P Sensex was up by 1,075 points or 2.8 per cent at 39,090 while the Nifty 50 was 329 points higher at 11,603.

At the National Stock Exchange (NSE), all sectoral indices except for IT and pharma were in the positive territory with Nifty private bank gaining by 5.6 per cent, financial service by 5.3 per cent, FMCG by 4.4 per cent and auto by 3 per cent. Hotel stocks were up after the cut in corporate taxes and rationalisation of GST rates. Lemon Tree Hotels gained by 11.3 per cent, Indian Hotels by 8.2 per cent, ITC by 6.9 per cent, Hotel Leelaventure by 3.6 per cent and Chalet Hotels by 1.6 per cent. Sensex Zooms 2,000 Points, Nifty at 11,262 After Nirmala Sitharaman Announces Corporate Tax Cut.

Among others, the prominent winners were Bharat Petroleum Corporation which closed 13.6 per cent up at Rs 459 per share, and Indian Oil Corporation which gained by 8.4 per cent at Rs 143.75 apiece. Indian engineering multinational Larsen & Toubro edged higher by 9.1 per cent, Bajaj Finance, and Eicher Motors by 8.9 per cent each and Asian Paints by 8.2 per cent.

Adani Ports, Bajaj Finserv, Axis Bank and Kotak Mahindra Bank too were up by more than 7 per cent each.However, IT scrips lost. Infosys was down by 4.9 per cent, Wipro by 2.7 per cent and Tata Consultancy Services by 2.2 per cent.

Meanwhile, most Asian share markets slipped as investors waited for more clarity on the US-China trade talks after recent negotiations. Oil prices rose by 1 per cent as Middle East tensions remained elevated. Shanghai Composite Index was down by 0,98 per cent while Hong Kong's Hang Seng index was 0.8 per cent weaker after a weekend of violent protests by pro-democracy activists. But South Korea's Kospi closed a notch higher.