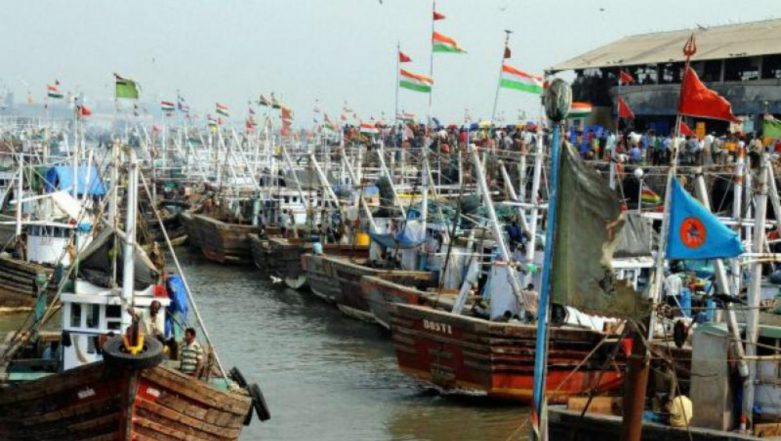 Chennai, August 13: According to the latest update in the fishermen arrest case, three more have been apprehended by the Sri Lankan Navy near Delft Island. In total, seven fishermen from Tamil Nadu have been arrested

Last month, six Tamil Nadu fishermen were arrested for allegedly straying into the island nation’s waters. The fishermen from Nambuthalai in Ramanathapuram district, who had put out to the sea in a country boat, were detained near Nedhuntheevu for crossing into the Lankan waters.

One boat along with 4 fishermen of Rameswaram, Tamil Nadu, apprehended by Sri Lankan Navy near Delft island in the early hours today. They have been taken to Kangesanthurai naval camp

In May, Pakistan arrested 34 Indian fishermen for allegedly violating the country's territorial waters, nearly 10 days after releasing 60 prisoners from India as a goodwill gesture.

Earlier this year, the Pakistani government released more than 250 Indian fishermen from the Landhi and Malir jails in Karachi. Pakistan and India frequently arrest fishermen as there is no clear demarcation of the maritime border in the Arabian Sea and these fishermen do not have boats equipped with the technology to know their precise location.