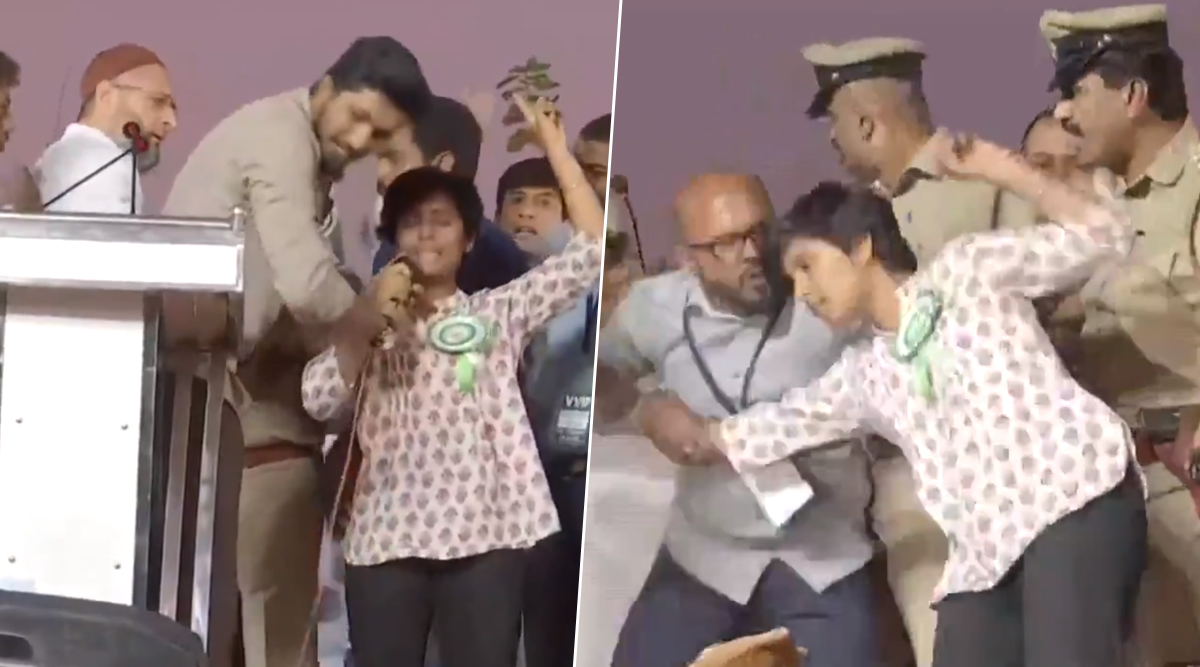 In the video of the incident which surfaced on social media, it could be seen that, Amulya barged on the stage and started raising slogans. However, she was stopped midday by the event organisers present at the stage. Later, police officials dragged her off the stage. The event was organised by the Hindu Muslim Sikh Isaai Federation. Asaduddin Owaisi's Party AIMIM Plans Anti-CAA March in Hyderabad.

Owaisi distanced himself from the slogans raised by the student activist by The AIMIM chief clarified that the woman was not associated with his party. He added that for him “Bharat Zindabad tha, Zindabad Rahega.” Delhi: Protesters Against CAA Reach India Gate, Traffic Affected in National Capital.

"We did not even invite this girl to participate in the event. She came here uninvited. We will ask the police to take action against her. This is a planted idea to ruin today's event," reported Deccan Herald quoting BBMP corporator Imran Pasha as saying.