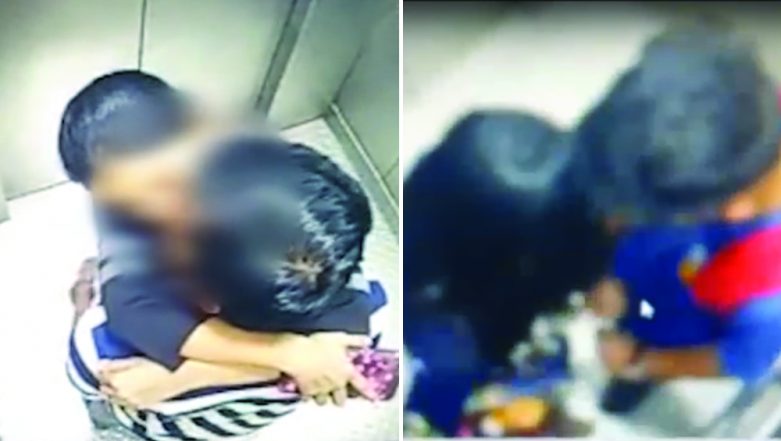 Hyderabad, February 8: Elevators installed at the metro station in Hyderabad have become a new paradise for young couples. CCTV cameras installed in lifts at the metro station have caught several couples who were being intimated inside elevators. Leaked CCTV footages show several couples kissing intimately inside the lift. The video of the kissing episodes is going viral on social media platforms.

In the video, couples are seen kissing and getting intimate as soon as doors of the lift close. Couples (mis)use the space and privacy they get inside the lift and get closer, shows the leaked video. Following the leak, the Railway MD has ordered an inquiry.

Authorities will also identify the couples and investigate how the CCTV footages were leaked. Strict action will be taken against those found involved in leaking the video, the MD said.