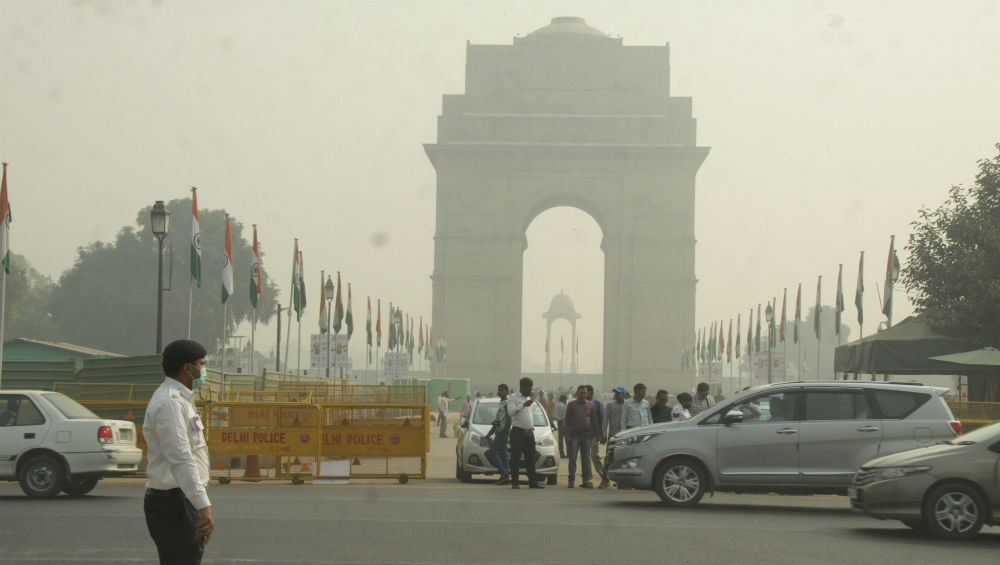 Delhi, February 10: The pollution levels in the national capital continued to remain in the poor category. According to an Air Quality Index data, the major pollutants  PM 2.5 and PM 10 at 206 & 214 respectively, were both in the 'poor' category, in Lodhi Road area on Monday morning. The AQI at Gurugram was at 176, thus falling in the unhealthy category, according to AirVisual App.

On Sunday, the pollution level stood in the "very poor" category, and the overall Air Quality Index (AQI) was at '305'.People experienced a partly cloudy sky on Sunday and the maximum temperature settled at 22.9 degree Celsius. The minimum temperature settled four notches below the season's average at 6.6 degrees Celsius. Delhi Air Pollution: AQI Hovers Between 'Severe' And 'Very Poor' Category in Several Areas.

Delhi: Major pollutants PM 2.5 and PM 10 at 206 & 214 respectively, both in 'poor' category, in Lodhi Road area, according to the Air Quality Index (AQI) data. pic.twitter.com/1JlClAWi1j