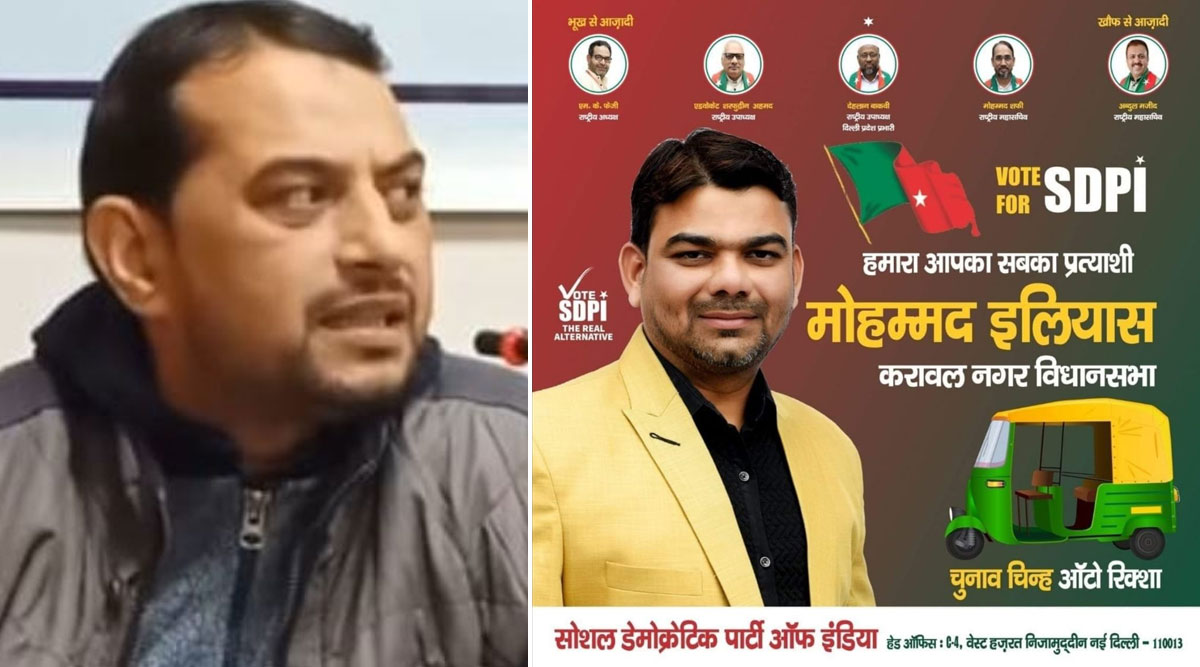 New Delhi, March 12: Delhi police of Thursday arrested Popular Front of India (PFI) President Parvez and Secretary Illiyas. The arrests were made in connection with an alleged PFI-Shaheen Bagh link. The two office-bearers of PFI were taken into custody for fuelling anti-Citizenship Amendment Act (CAA) protests at Shaheen Bagh area of Delhi. Some reports also claimed that the PFI members were also charged for inciting violence in North-East Delhi last month. Shaheen Bagh Anti-CAA Protests: People Have Right to Protest but There Must Be Balancing Factor, Says Supreme Court.

On Monday, Delhi Police had also arrested an alleged member of the PFI on the charges of allegedly fanning violence during anti-Citizenship Amendment Act (CAA) protests. The 33-year-old Mohammed Danish is a resident of East Delhi and was produced before a court. He was later sent to four-day judicial custody. Shaheen Bagh Protests: Supreme Court Issues Notice to Centre and Delhi Police, Says 'People Can Protest But Public Road Cannot Be Blocked for Indefinite Period'.

In January this year, the Enforcement Directorate (ED) also sent a note to the Ministry of Home Affairs stating that the PFI funded protests in different parts of the country against the CAA. According to the ED, an organisation named Rehab Foundation of India (RFI) funded over Rs 120 crore for the anti-CAA protest. However, PFI's general secretary Mohammed Ali Jinnah denied any links with anti-CAA protests. At least 23 activists of PFI were arrested in connection with the violence in different parts of Uttar Pradesh during anti-CAA protests in December last year.

Shaheen Bagh has become the epicentre of protests against the Citizenship Law. The protesters at Shaheen Bagh, mainly women, have been staging a sit-in demonstration since December 15, 2019. According to the CAA, members of Hindu, Sikh, Buddhist, Jain, Parsi and Christian communities who have come from Pakistan, Bangladesh and Afghanistan till December 31, 2014, and facing religious persecution, will be granted Indian citizenship.