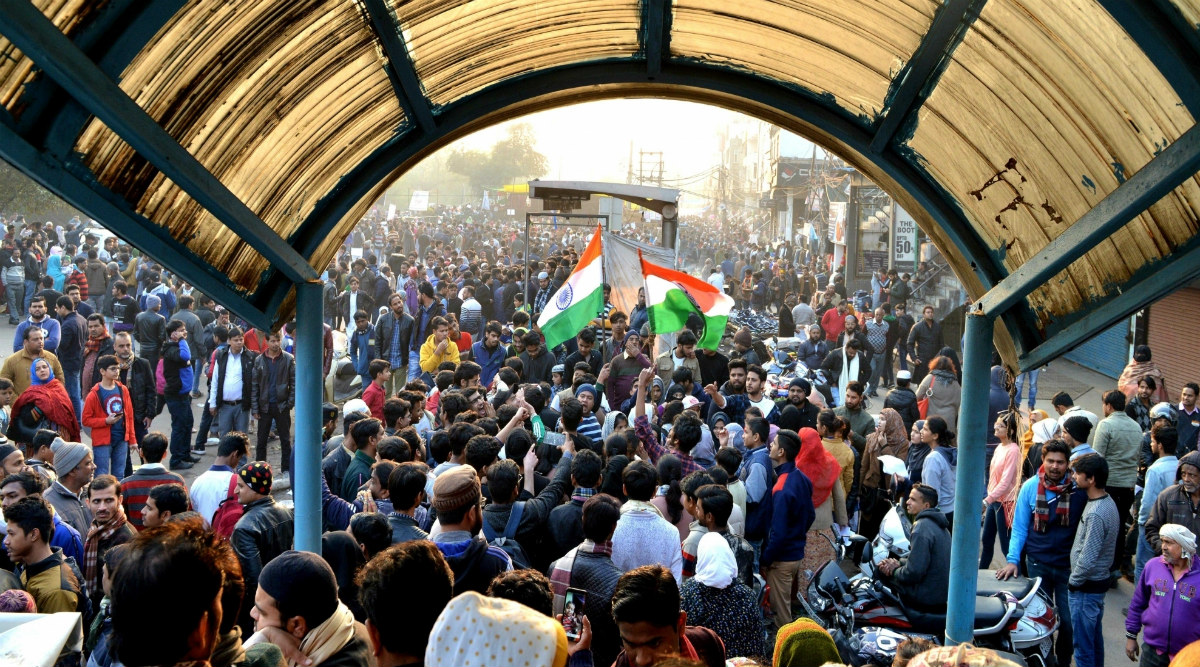 New Delhi, February 10: The Supreme Court on Monday refrained from passing any order on removing Anti-Citizenship Amendment Act (CAA) protesters from Shaheen Bagh. But the apex court observed that protests can't go for an indefinite period on a public road. "If you want to protest, there can be some area where you protest. You cannot block a public road. There must be defined areas of protest," the court said. Shaheen Bagh Protesters Remove Police Barricade to Allow Hindu Funeral Procession Pass; Watch Video.

"If you can wait for 50 days, you can wait for one more week," Justice Sanjay Kishan Kaul said as the two-judge bench, including Justice KM Joseph, issued notice to the Delhi Police, Centre and state governments. The next hearing in the matter is on February 17.

The top court was hearing a batch of petitions against Shaheen Bagh protests after it differed its judgement ahead of February 8 Assembly elections. When the matter came up on Friday, the Supreme Court said that it did not want to "influence' the polls ahead of voting.

Reacting to the development, protests at Shaheen Bagh said that they are ready to abide by the Supreme Court's order. They said that if apex court directs them to move to Jantar Mantar or Ramleela Maidan they are ready to go. "If the court directs, we will move to Jantar Mantar or Ramleela Maidan or any place we are directed to go. The protest will continue," Protesters were quoted as saying by a Journalist.

Shaheen Bagh has become the epicentre of protests against the Citizenship Law, which allows the government to grant Indian nationality to persecuted minorities from Muslim-dominated countries Pakistan, Bangladesh and Afghanistan.