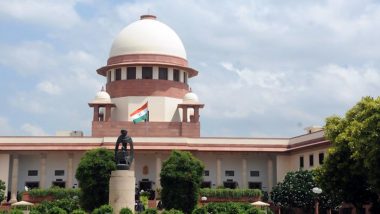 New Delhi, August 18: The Supreme Court was told on Thursday that the Central Board for Direct Taxes (CBDT) has accused makers of Dolo-650 tablet of distributing freebies around Rs 1,000 crore to doctors as consideration for prescribing the tablet.

Senior advocate Sanjay Parikh, representing Federation of Medical & Sales Representatives Association of India, contended before a bench headed by justice D.Y. Chandrachud that Dolo had invested Rs 1,000 core in freebies to have its anti-fever drug prescribed to patients.

The plea said: "Petitioners seek enforcement of the fundamental right to health enshrined in the Right to Life under Article 21 of the Constitution of India in view of the ever-increasing instances of unethical marketing practices by Pharmaceutical Companies in their dealings with healthcare professionals resulting in prescription of excessive and/or irrational drugs and a push for high-cost and/or over-priced brands, which are practices that directly affect citizens' health, violating their rights under Article 21 of Constitution."

The plea contended that it is high time that the lacuna in ensuring the right to health is urgently filled up by an appropriate legislation. The plea added that there are abundant examples that show how corruption in the pharmaceutical sector endangers positive health outcomes and puts patients' health at risk.

"As violations of this kind have become a recurring phenomenon and are progressively becoming more pervasive, the petitioners pray that a Statutory Code of ethical marketing for the pharmaceutical industry, with penal consequences, be established to curb such practices for the enforcement of the fundamental Right to Health of the people of India," added the plea.

The plea argued that due to the voluntary nature of the existing code, unethical practices continue to increase and have also surfaced during the COVID-19 times.

(The above story first appeared on LatestLY on Aug 18, 2022 06:30 PM IST. For more news and updates on politics, world, sports, entertainment and lifestyle, log on to our website latestly.com).