The Indian Army has banned 89 applications and asked all its officers and soldiers to uninstall them by July 15, reports said on Wednesday. 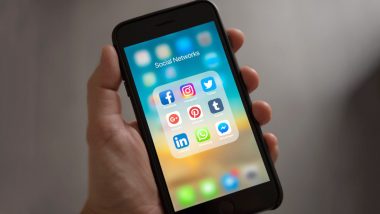 New Delhi, July 8: The Indian Army has banned 89 applications and asked all its officers and soldiers to uninstall them by July 15, reports said on Wednesday. The list of banned apps by the Indian Army included Facebook, Instagram, Snapchat, songs.pk, WeChat, Hike, TikTok, Likee, Shareit, True Caller, PUBG and Tinder among others. The Indian Army said those who do not comply with the order will face strict action. 59 Banned Chinese Apps Go off Google Play, Apple App Store in India.

Army personnel have been asked to delete their Facebook and Instagram accounts. Some e-commerce platforms and news apps have also been banned by the Army. The list of outlawed apps included the 59 Chinese ones, which were recently banned by the central government. The Chinese app faced a ban after a violent face-off between troops of India and China in Galwan valley on June 15 when 20 Indian soldiers were martyred. Chinese Apps Ban 'Was a Digital Strike', Says Union Minister Ravi Shankar Prasad.

"In view of the exponential increase in the number of cases being targeted by hostile intelligence agencies and existing vulnerabilities, the use of Facebook accounts by Army persons is banned. Hence, the existing accounts are required to be deleted and not left deactivated. Any service persons found on Facebook/using banned sites post-July 15 will be reported," the Army was quoted as saying.

Here it may be noted that the Indian Army had in November last year asked its personnel to avoid use of WhatsApp for official work. In December last year, the Indian Navy banned the use of Facebook for all its personnel, directing them not to carry smartphones into bases and dockyards as well as onboard warships.

(The above story first appeared on LatestLY on Jul 08, 2020 09:29 PM IST. For more news and updates on politics, world, sports, entertainment and lifestyle, log on to our website latestly.com).