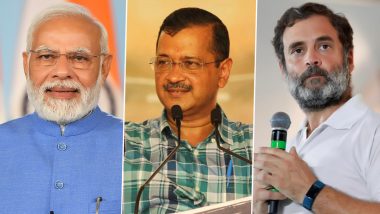 Gandhinagar, December 8: As the BJP heads for a landslide win in Gujarat Assembly polls almost wiping out the opposition, the one striking feature emerging was whether the AAP played villain for the Congress.

(The above story first appeared on LatestLY on Dec 08, 2022 03:12 PM IST. For more news and updates on politics, world, sports, entertainment and lifestyle, log on to our website latestly.com).