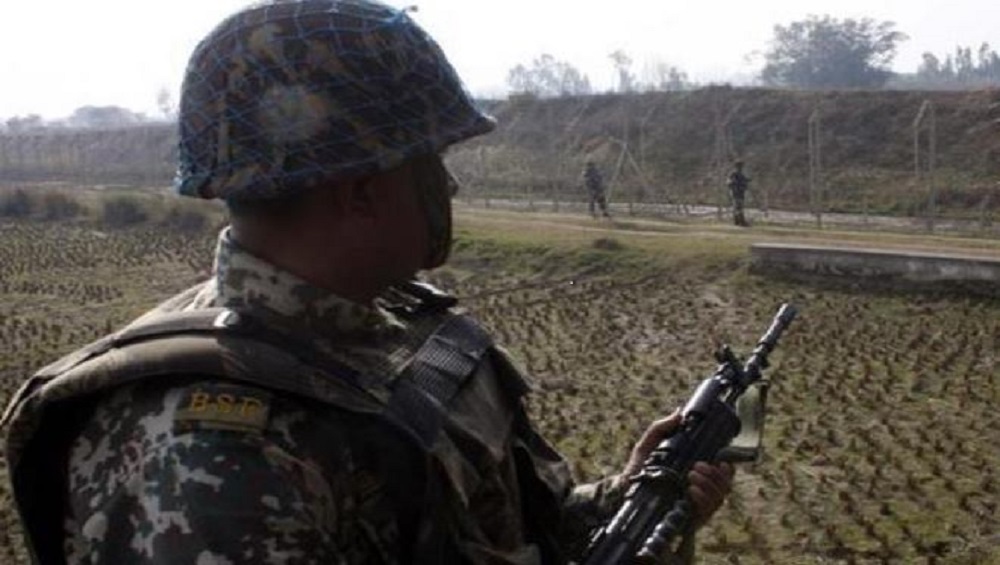 Bhuj, February 11: A Pakistani national has been apprehended by the Border Security Force (BSF) for illegally entering Gujarat's Kutch district after crossing the India- Pakistan border, an official said on Tuesday. The accused, Shoaib Ahmed (38), a resident of Shah Nawaz Bhutto Colony in Karachi town of Pakistan's Sindh province, appeared to be a drug addict, he said.

Some Pakistani currency, an identity card and 150 grams of a "sniffing powder" were seized from his possession, the BSF said in a release. "The Pakistani national was apprehended when he tried to enter India near Dholavira on Monday night. He was held from near the border pillar number 1024 by the BSF patrolling team. He appears to be a drug addict," Inspector General, BSF, Gujarat Frontier, G S Malik said. Punjab: Pakistani Drone Enters Indian Air Space in Ferozepur, BSF Shoots Down The UAV.

After preliminary questioning, he was handed over to local police on Tuesday morning, the official said. After production in court, he will be shifted to the Joint Interrogation Centre in Bhuj for detailed questioning by different security agencies, an official at Balasar police station in Kutch said.