Holding Minor Girl's Hand & Opening Zip of Pants is 'Sexual Harassment' & Not 'Sexual Assault', Says Bombay HC Judge Who Ruled 'Skin-to-Skin Contact' Must Be There to Amount to Sexual Assault

The Bombay High Court(Nagpur Bench) has held that the act of holding a minor girl's hands and opening the zip of pants will not come under the definition of "sexual assault" under the Protection of Children from Sexual Offences Act 2012. 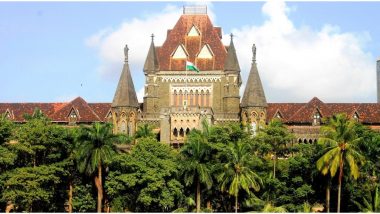 Mumbai, January 28: The Bombay High Court(Nagpur Bench) held that the act of holding a minor girl's hands and opening the zip of pants will not come under the definition of "sexual assault" under the Protection of Children from Sexual Offences Act 2012. The Court has however held that it would amount to "sexual harassment" under Section 354-A(1)(i) of the Indian Penal Code, according to the Live Law report.

As the crime was committed on a child who was below the age of 12 years, the Court held it to be "aggravated sexual assault" punishable under Section 10 of POCSO and sentenced him to 5 years rigorous imprisonment and fine of Rs. 25,000 with a default simple imprisonment for 6 months. 'Skin to Skin Contact With Sexual Intent' Must be There And Mere Groping Would Not Amount to Sexual Assault, Rules Nagpur Bench of Bombay High Court.

The mother of the victim has lodged a complaint and said that she saw the accused, whose pants zip was opened, holding the hands of her daughter. She further testified that the accused removed his penis from the pants and asked her to come to bed for sleeping.

Justice Pushpa Ganediwala had also recently ruled that there should be a “skin-to-skin contact with sexual intent” and mere groping would not be considered as sexual assault. The court was hearing a criminal appeal filed by a man, who was convicted for sexually assaulting a minor girl.

(The above story first appeared on LatestLY on Jan 28, 2021 11:38 AM IST. For more news and updates on politics, world, sports, entertainment and lifestyle, log on to our website latestly.com).