How Hot Freestyle Established Their Name as a Global Media Player 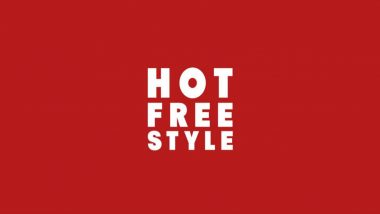 Hip hop is one of the most popular music genres right now. This exciting resurgence has prompted lots of fan interest, and people are looking for more information than ever before. This is where media company Hot Freestyle comes in, one of the most influential global media outlets covering the topic.

Hot Freestyle covers hip hop news and the latest updates in entertainment, news, and sports. They post breaking news on their social media accounts, so people who follow them always have the latest information about their favorite artists and athletes."I started Hot Freestyle in 2014," said founder Moe Alayan. "I wanted to create a platform where fans can find everything hip hop, sports and entertainment related in one place.”

When it began, Hot Freestyle posted rap freestyles. Before too long, they shifted to daily hip hop, sports and entertainment content. "We’re always on top of everything happening, which is why we’re a premier destination to find your daily entertainment news," said Ken Asafo, who co-founded the brand with Alayan.

In addition to sharing breaking entertainment news, Hot Freestyle creates a great deal of original content. Every Friday, they post a new music release list along with a Spotify playlist featuring the latest hip hop and rap releases. The lists are extensive and help those interested in the genre keep up with up and coming players.

The media company also has a YouTube account where they share celebrity interviews and music performances. This year, they exclusively shared Shaquille O'Neal's tribute video to the late Kobe Bryant.

A considerable number of celebrities follow their social media channels. Some of these big names include Mark Cuban, Fat Joe, Skrillex, Diplo, Shaquille O'Neal, Lil Baby, Joel Embiid, Tory Lanez, Meek Mill, Lil Tjay, and Damian Lillard. "Every single day we post content for the fans, so it's great to know that celebrities like the way they're represented on our social media channels,” says Alayan.

Although it's possible to get entertainment news all over the web, Hot Freestyle presents it in a way that is both unique and personal. If you want more information about hip hop, sports and breaking news, there's certainly no better place to learn!