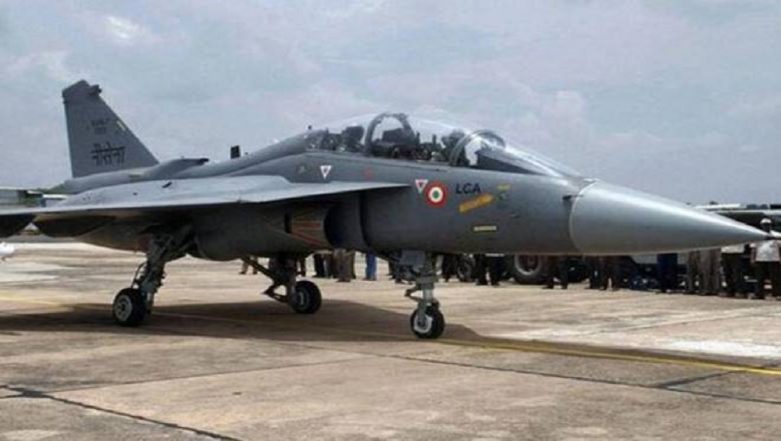 New Delhi, February 13: The Indian Air Force (IAF) is mulling to acquire 21 MiG-29 jets from Russia to reduce the shortage of fighter jets at the earliest. The jets are lying in an unassembled, mothballed condition with Russia since the 1980s. The reports of IAF planning to procure Mig-29 fighter jets surfaced after the force got 35 old airframes and spares of the British-origin Jaguar strike fighters from France, UK and Oman. Russia Offers to Sell Old 21 Mig -29s to India; Will This be a Costly Deal?.

Mig-29 fighter jets will be assembled into fully-formed fighters of “MiG-29 upgrade” standards by Russia. Currently, India has three squadrons of MiG-29 — a twin-engine single-seat air superiority fighter aircraft. New Delhi has upgraded half of the MiG-29 fighters under a Rs 3,842 crore contract inked with Moscow in 2008. Indian Navy's Mig 29K Races Against Lamborghini Huracan At Goa Airport, Watch Video.

The Mig-29 fighter jets which India is planning to procure from Russia will be upgraded with new weapons and avionics. It will transform Mig-29s from an air defence fighter into a far more lethal all-weather multi-role fighter jets. With the new air-to-air refuelling feature, an upgraded MiG-29 can cover more considerable distances compared to the previous legacy aircraft. Rafale, S-400 Will Enhance our Capabilities: IAF Chief Marshal B S Dhanoa.

India will soon get 36 Rafale Jets, with the first batch of French jets will be delivered this year. The IAF has currently 31 fighter squadrons against the authorised strength of 42 squadrons which are required to repulse a joint attack from Pakistan and China. The IAF has also ordered indigenously built 83 Tejas Mark-1A jets apart from 40 Tejas fighters.