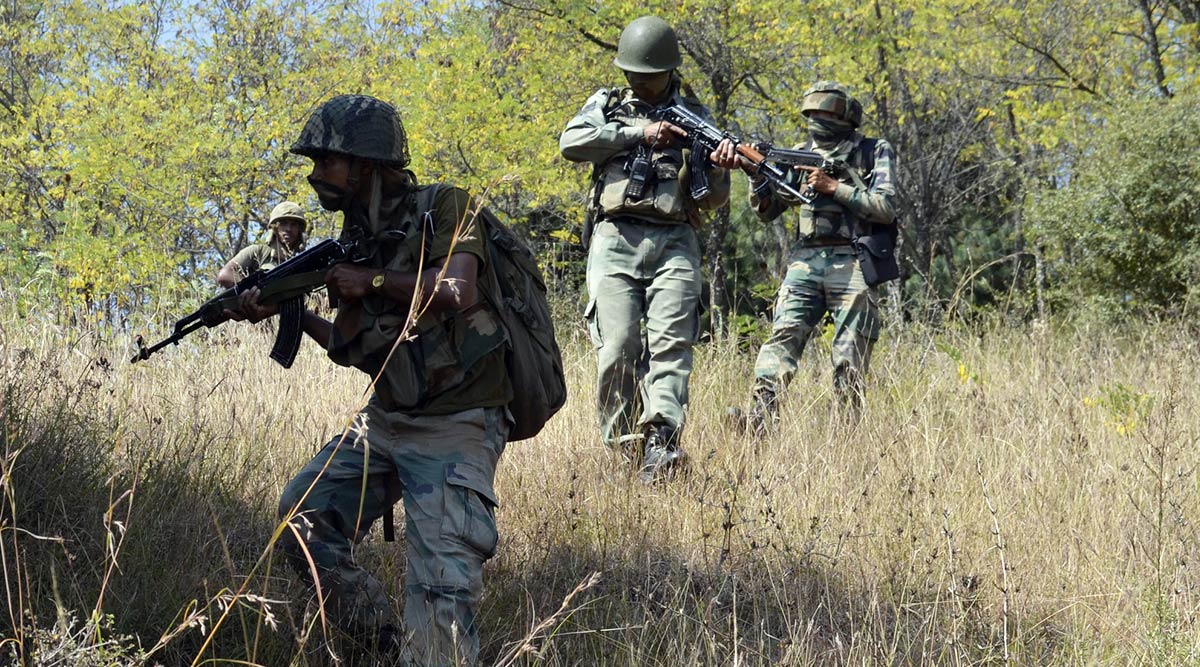 Srinagar, December 27: Pakistan resorted to heavy ceasefire violations along the Line of Control (LoC) in Jammu and Kashmir's Poonch and Rajouri sectors, leading to retaliation by the Indian Army in which three to four Pakistani soldiers were killed on Thursday night, news agency ANI reported. The ceasefire violation from across the LoC by Pakistani troops started at around 3:45 pm on Thursday. Jammu and Kashmir: Pakistan Army Targets Indian Civilians in Ceasefire Violations, 2 Killed Including a Soldier.

In response to another incident of ceasefire violation, the Indian Army hit back with artillery and mortar fire in which damage was inflicted upon Pakistani side. Pakistan army's media wing Inter-Services Public Relations admitted killing of two of their soldiers in the Dewa sector in Pakistan occupied Kashmir (PoK). Director-General of (ISPR) Maj Gen Asif Ghafoor also claimed that three Indian jawans were killed in Pakistani firing.

However, there is no official confirmation from Indian security forces about the claims Ghafoor made about Indian soldiers killed in the cross-firing. Ceasefire violations by Pakistani troops escalated along the LoC, in a serious breach of the 2003 truce agreement between India and Pakistan, since August this year when New Delhi withdrew Jammu and Kashmir's special status granted under Article 370.

Pakistan Army chief General Qamar Javed Bajwa had visited the LoC in Pakistan-occupied Kashmir (PoK) on Monday, warning India against "any misadventure or aggression". Last week, Indian Army Chief General Bipin Rawat said that India was prepared for any eventuality as the situation at the LoC could "escalate any time".

Earlier this month, Centre had informed Rajya Sabha that there have been 950 incidents of ceasefire violations along the Line of Control (LoC) in Jammu and Kashmir region from August to October. Pakistani soldiers often resort to heavy firing along the LoC to give cover to armed terrorists attempting to infiltrate into India. (With agency inputs)