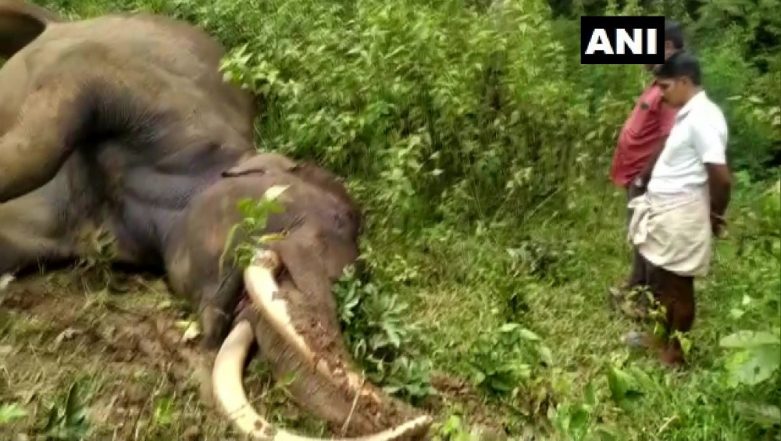 Wayanad, September 8: A 30-year-old male tusker, Maniyan was found dead in the Pullumala forest in Wayanad district on Sunday. Range officer, Ratheesan told ANI, "When the incident took place, locals heard Maniyan shouting and later found him lying dead on the ground. He was miserably attacked by another elephant. Doctors have examined the body."

Maniyan sustained multiple injuries in his forehead and belly after being attacked by another elephant. The tusker shared an unusual bond with humans as it never caused any damage to life or any property. Wayanad's Favourite 'Gentle' Wild Elephant Maniyan Passes Away; Tusker Seems to Have Died During Fight Over 'Mating Rights'.

Kerala: Maniyan, a 30-year-old elephant, died in Pullumala forest range of Wayanad district, allegedly after being attacked by another elephant. pic.twitter.com/fYwmnNS1km

Many people from nearby areas, including Pulpally, Irulam and Sultan Bathery came to Pullumala forest to pay homage to the elephant.