Following the assault, tribal community members led a protest outside the police station demanding suspension of the sub-inspector. A departmental inquiry was ordered into the case. 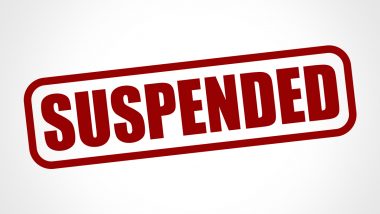 Karnataka, December 30: In yet another incident of police brutality, a sub-inspector of police was suspended for allegedly assaulting people belonging to the Koraga Adivasi community at a wedding celebration in Udupi on Wednesday.

As per the report published by Hindustan Times, the complaint against the sub-inspector was registered by members of the tribal community. In the complaint, it was alleged that the police team arrived at the groom’s house after a few neighbours complained of loud music. After an initial disagreement with the locals, the police team began assaulting those present at the wedding and later took five people, including the groom to the police station and assaulted them. Police Brutality in Karnakata: 3 Cops Suspended After Theft Case Accused Loses Arm in Police Custody.

Following the assault, tribal community members led a protest outside the police station demanding suspension of the sub-inspector. A departmental inquiry was ordered into the case. “We have suspended the sub-inspector and other staff involved in the incident have been transferred out of the station. Further action will be taken after the investigation,” Udupi SP Vishnuvardhan was quoted as saying.

(The above story first appeared on LatestLY on Dec 30, 2021 03:13 PM IST. For more news and updates on politics, world, sports, entertainment and lifestyle, log on to our website latestly.com).