Meanwhile the police are looking into if the boy needs to be sent for counselling and are also contemplating on what needs to be done to his mother, as guardians have been held responsible. 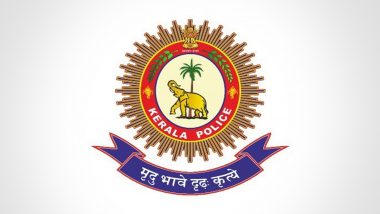 Kochi, May 28: A day after the Kerala High Court took a strong position and directed the government to take firm action against those responsible for a ten-year-old child raising provocative slogans against non-Muslims at a Popular Front of India (PFI) rally in Alappuzha on May 21, the police on Saturday took into custody the boy's father.

Confirming this, a top police official said he was picked up from his house here and has been handed over to the Alappuzha police.

But the father of the boy said that none had tutored the boy and he did it on his own. Haridwar Hate Speech Case: Supreme Court Seeks Status Report From Uttarakhand Govt

"This same slogans have been aired a few times in the past and surprisingly, when no action took place then, how come this time it has turned out to be like this," asked the boy's father before he was taken away by the police. Facebook, Instagram Update Hate Speech Policy To Allow Users To Call for Violence Against Russian Soldiers and Leaders

When the police arrived at the house of the boy, a good number of PFI activists were present and they shouted slogans against the police.

On Friday around 18 people, who took part in the rally held at Alappuzha sloganeered, was arrested.

The boy, who lives at Thoppumpady near here, was identified, a few days back but the police failed to find anyone in the house as it was locked, when they came.

Meanwhile the police are looking into if the boy needs to be sent for counselling and are also contemplating on what needs to be done to his mother, as guardians have been held responsible.

As the video of the incident went viral, there were numerous protests against it following which the police swung into action and the High Court took up the matter early this week and on Friday the court came down heavily against this act and asked for strong action to be taken.

The boy's father was earlier identified as a known PFI activist who had participated in the Citizenship (Amendment) Act protests.

The boy was brought to Alappuzha to take part in the rally by his father and was spotted sitting atop the shoulders of a man called Anzar, and leading the sloganeering.

Anzar, who hails from Kottayam district, was the first to be taken into custody and he is now in judicial custody.

A case has been registered against the organisers of the rally for promoting rivalry and hatred among communities.

The PFI has also attempted to downplay the incident saying that the slogans were against "Hindutva fascists" and not against Hindus or Christians.

(The above story first appeared on LatestLY on May 28, 2022 05:27 PM IST. For more news and updates on politics, world, sports, entertainment and lifestyle, log on to our website latestly.com).