The Pensilungpa Glacier (PG), located in Zanskar, Ladakh, is retreating, and a recent study has attributed the retreat to an increase in the temperature and decrease in precipitation during winters. 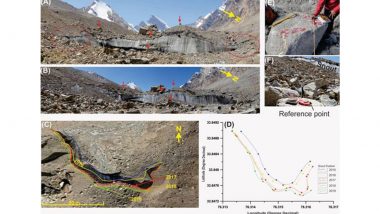 The Pensilungpa Glacier (PG), located in Zanskar, Ladakh, is retreating, and a recent study has attributed the retreat to an increase in the temperature and decrease in precipitation during winters. Since 2015, the Wadia Institute of Himalayan Geology (WIHG), Dehradun, an autonomous institute under the Department of Science & Technology, GoI, has been working on various

aspects on glaciology, i.e., glacier health (mass balance) monitoring, dynamics; discharge, past climatic conditions, speculation for future climate change and its impact on glaciers in this region. A team of scientists from the institute ventured to study the less explored region of the Himalayas, i.e., Zanskar, Ladakh.

Based on field observations for glaciers mass balance collected via stake networking  (stake made of bamboo, is installed (insert) on the glacier surface using the steam drill for mass balance measurement) over the glacier surface since 2016-2019, they assessed the impact of climate change through the lens of past and present response of the Pensilungpa Glacier (PG), Zanskar Himalaya, Ladakh. Field observations for the last 4 years (2015–2019) showed that the glacier is now retreating by at an average rate of 6.7 ± 3 m a−1. In the study published in the journal Regional Environmental Change, the team attributes the observed recessional trends of the Pensilungpa Glacier to an increase in the temperature and decrease in precipitation during winters.

The study also points at the significant influence of debris cover on the mass balance and retreat of the glacier's endpoint, especially in summer. Furthermore, the mass balance data for the last 3 years (2016–2019) showed a negative trend with a small accumulation area ratio.

The study also suggests that due to continuous rise in the air temperature in line with the global trend, the melting would increase, and it is possible that the precipitation of summer periods at higher altitudes will change from snow to rain, and that may influence the summer and winter pattern. 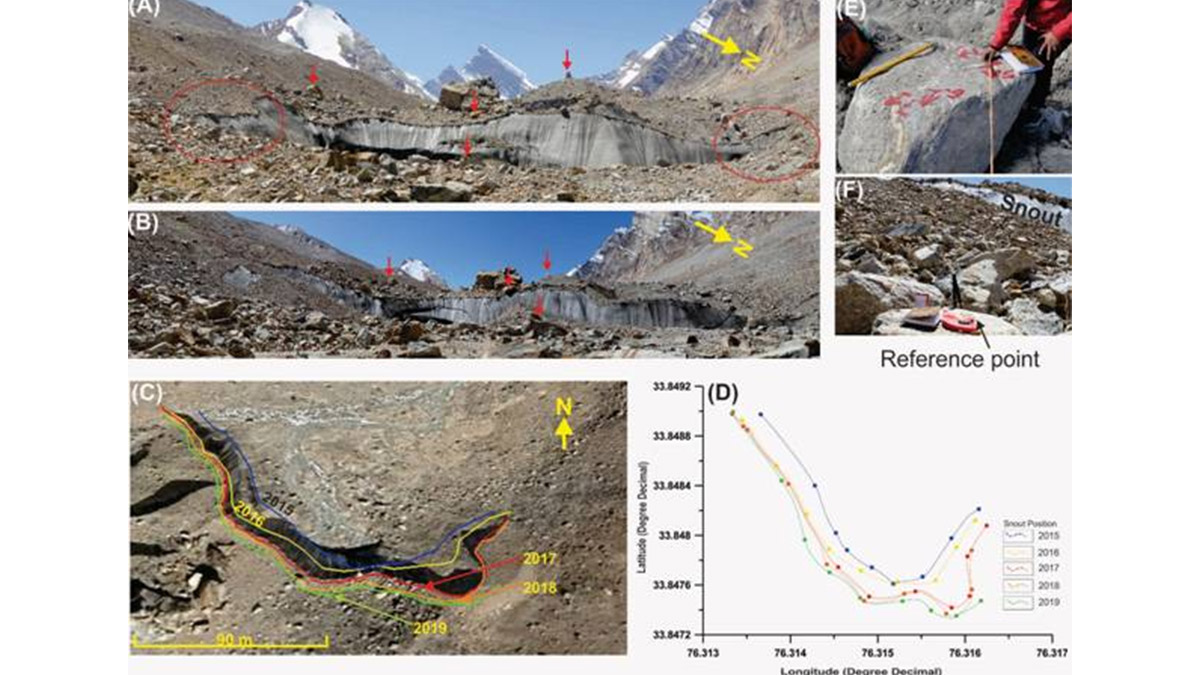 Fig. Field photographs (A) and (B) showing the snout position of the glacier in 2015 and 2019, respectively. Red circles on photograph (A) is indicating the area vacated by the glacier, and red arrows (in photographs A and B) are showing the reference points. (C) Snout retreat measured in the field using chain tape survey during the period 2015-2019, plotted over the Google Earth image. (D) DGPS points plotted to show the frontal retreat of the glacier. (E) and (F) are the close-up view of the reference points used for measuring the snout retreat with the help of chain tape survey

(The above story first appeared on LatestLY on Aug 06, 2021 01:35 PM IST. For more news and updates on politics, world, sports, entertainment and lifestyle, log on to our website latestly.com).