LPG Bookings Zoom Over 200% Since Janata Curfew, Delivery Gets Delayed as Police Block Movement of Vehicles Amid Coronavirus Lockdown in India 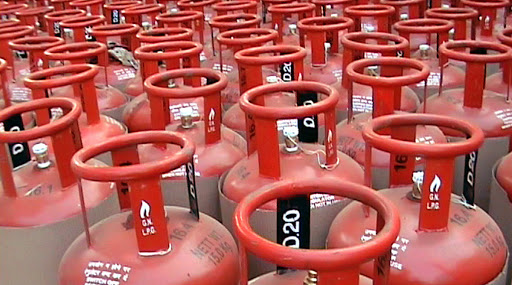 New Delhi, March 26: The daily LPG bookings have zoomed more than 200 percent since Sunday, however, the authorities have assured that there is no reason to panic considering that consumers don't resort to panic buying during the lockdown period. According to a Times of India report, measures have been taken to ensure the uninterrupted supply of gas cylinders.

There have been reports of delayed deliveries from several parts of the country as police blocked the movement of vehicles carrying cylinders. On Tuesday itself, Indian Oil received  31 lakh bookings, up 215 percent from 9.5 lakh bookings on Sunday, the day the nation followed Janata Curfew. Countrywise bookings have increased by 15-20 percent in the middle of nationwide lockdown. Total Lockdown in India: Journalists, Delivery Boys Assaulted by Police Amid Nationwide Curfew, Say Reports.

Consumers who still had the second cylinder thought that their connected booking was about to run out, so booked for another refill. Some dealers in Bihar and Jharkhand faced a problem as people thronged the centre with empty cylinders. LPG services have been exempted from the lockdown, but police blocked transporters in several parts of the country. There were several reports on Wednesday that police assaulted people in the essential sectors including journalists, delivery boys and others on the road amid the nationwide curfew.