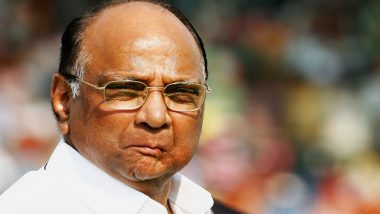 Pune, Jun 25: Police here in Maharashtra registered an FIR against BJP MLC Gopichand Padalkar on Thursday in connection with his remarks against NCP chief Sharad Pawar, an official said.

The Baramati police in Pune on Thursday registered an FIR against the MLC under Indian Penal Code Section 505(2) (creating or promoting enmity, hatred or ill-will between classes), Deputy Superintendent of police Narayan Shirgaonkar said.

Dhumal in his complaint alleged that Padalkar spread rumours, fear and hatred in the society through his remarks.

"His statements are objectionable, false and sought to create rift in the community," Dhumal said in the complaint.

The Pune unit of NCP also staged a protest on Thursday to condemn Padalkar's remarks and demanded that he apologise to Pawar. The NCP workers burnt an effigy of Padalkar and beat his photos with footwear.

"A large number of NCP workers gathered near the Mandai area to condemn the undeserving remarks made by Padalkar against NCP supremo Sharad Pawar. An effigyof Padalkar was burnt and his photos were hit with slippers and shoes," NCP Pune unit spokesperson Ankush Kakde said. He said Padalkar should apologise to Pawar for his "objectionable"remarks.