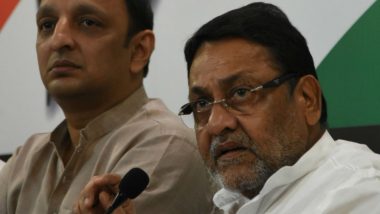 The arrest follows the seizure of a large quantity of 200 kgs Ganja from one courier at Bandra West last week. Sameer Khan, Son-in-Law of Maharashtra Minister Nawab Mailk, Summoned by NCB in Drug Case.

In the follow-up operation, huge stash of imported strains of Ganja was recovered from the residence of one Karan Sajnani at Khar.

Sajnani, along with two other sisters - Rahila Furniturewala, Shaista Furniturewala and Mr. Ramkumar Tiwari of Muchhad Paanwala, were arrested under the provisions of the NDPS Act and produced in the court.

During their investigations, the role Sameer Khan, a resident of Bandra also came to light, and after his questioning he was arrested late tonight.

Wankhede said that follow up action and investigation are underway.

(The above story first appeared on LatestLY on Jan 13, 2021 09:59 PM IST. For more news and updates on politics, world, sports, entertainment and lifestyle, log on to our website latestly.com).