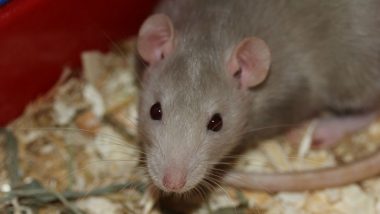 Mohali, August 1: In a shocking case of medical apathy, a retired Colonel's wife's body was chewed by rats in the mortuary of a private hospital in Mohali’s Dera Bassi town, Punjab. The incident took place on Friday at the Indus Hospital. The victim was 52-year-old Jasjot Kaur, the wife of Colonel Amarjeet Singh Chandok (retired), Times Now reported. Kolkata Medical Apathy: Rats Gouge Out Eyes of Body Sent For Post-Mortem at RG Kar Medical College.

After the incident came to light, the family member staged a protest outside the hospital. They were pacified by police officials after they assured them of an investigation into the matter. The family said the body was shifted to the mortuary on Thursday after the woman died of cardiac arrest.

However, when the family went to receive the body, they spotted blood stains on the sheet. On inspection, they found that woman's face and ears were eaten by rats. “The woman’s cheek was bitten off by rats. We have sacked the mortuary caretaker and are trying to find out how it happened," Hospital director Surinderpal Singh Bedi was quoted as saying by Hindustan Times.

Meanwhile, the cops have assured investigation into the matter. The post-mortem will be conducted by Derabassi Civil Hospital. Bedi said that appropriate action will be taken after the inquiry.

(The above story first appeared on LatestLY on Aug 01, 2020 04:30 PM IST. For more news and updates on politics, world, sports, entertainment and lifestyle, log on to our website latestly.com).