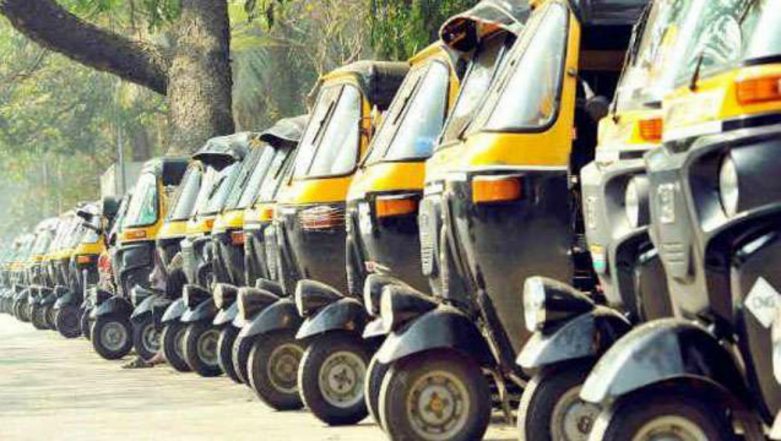 Mumbai, August 12: The Mumbai and Thane Regional Transport Offices (RTO) has launched a stringent crackdown on errant auto-rickshaw drivers who refuse short distance rides, overcharge passengers and made to pay unfairly in a shared rickshaw. The RTO officials disguised themselves as passengers and launched a campaign in February 2019. Auto Rickshaw Drivers Cracked Down in Mumbai: Over 5,000 Penalised, 705 Licences Revoked For Not Plying Short Distances.

Overall, 12,342 auto drivers were found flouting the norms, he told Mumbai Mirror, adding that the licences of 918 were cancelled for refusing fares. More than 5,500 drivers were booked for over-seating, 6,257 were not carrying licences and 42 were fined for overcharging.

More than 60 per cent of these offences were reported in Bandra, Kurla and Lokmanya Tilak Terminus. BKC and Kurla are worst affected followed by Andheri, Ghatkopar and Vikhroli. Meanwhile, Commuters' rights activists have supported this move, saying that short distances ride refusals were a major problem during the peak hours.