Top officials of the Ministry have expressed their reservations on the way the details of the investigation were leaked to the media that made a perception that Aryan khan was selectively targeted being a son of a celebrity and the probe agency did not have adequate evidence against the arrested persons. 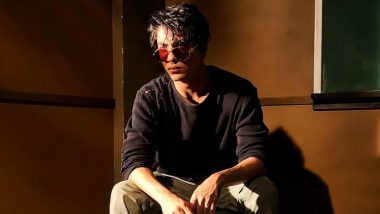 New Delhi, Nov 1: The Union Ministry of Home Affairs (MHA) is mulling to seek a report from the Narcotics Control Bureau over the handling of the recent arrests made in the cruise ship drug case involving Bollywood superstar Shahrukh Khan's son Aryan Khan, sources said here on Monday.

According to sources, the Ministry has taken a serious view on the alleged charges of corruption against the Mumbai Zonal Director of NCB Sameer Wankhede and also the way the arrests were made in the case.  Cruise Drugs Case: WhatsApp Chats Not Proof Enough to Show Accused Supplied Drugs to Aryan Khan, Says Court

They also said that top officials of the Ministry have expressed their reservations on the way the details of the investigation were leaked to the media that made a perception that Aryan khan was selectively targeted being a son of a celebrity and the probe agency did not have adequate evidence against the arrested persons.

Sources, aware of these developments, claimed that Union Home Minister Amit Shah was also annoyed with the NCB officials about the new turns in the case which took place during the last week, and reportedly spoke to some BJP leaders in Mumbai to know the facts in the case.

To look into the alleged corruption charges levelled against Wankhede, the NCB constituted a five-member probe team under the Deputy Director General (DDG) of northern region Gyaneshwar Singh, which visited the NCB zonal office in Mumbai on October 27 and took statement of Sameer Wankhede.

However, the vigilance team allowed him to remain in-charge of this case and to continue his probe in the drugs case.

The five-member probe team also collected some documents and recordings from the Mumbai office, the DDG said, adding that the vigilance team also summoned the witnesses to record their statements.

The NCB ordered a vigilance inquiry into the claims made by a witness in the cruise drug case, Prabhakar Sail, who alleged that an extortion bid of Rs 25 crore was made by some agency officials, including its Mumbai zonal director Sameer Wankhede to set free film Aryan Khan.

The sources in the agency also said that the vigilance team will also look into the close proximity of an independent witness Kiran Gosavi with Aryan Khan too.

However, Gosavi, an independent witness in the drugs-on-cruise case, was arrested by the Pune Police in connection with a 2018 cheating case registered against him here in Maharashtra.

(The above story first appeared on LatestLY on Nov 01, 2021 04:12 PM IST. For more news and updates on politics, world, sports, entertainment and lifestyle, log on to our website latestly.com).