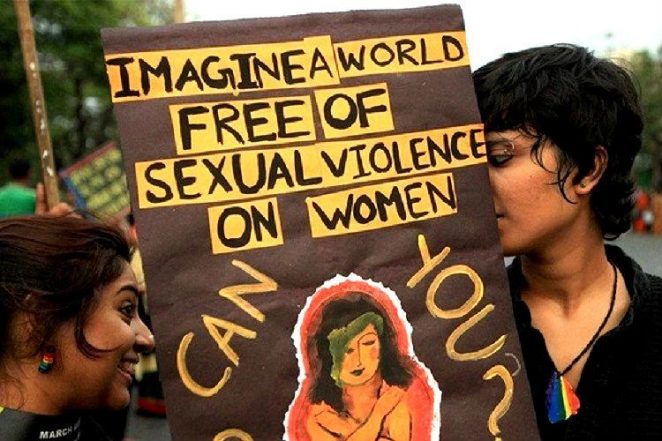 Mumbai, November 17: A Navi Mumbai police sub-inspector allegedly raped a woman constable attached to the Motor Transport department. The rape survivor lodged a complaint against the accused on Friday. In the complaint, the woman constable alleged that the sub-inspector blackmailed her with her obscene video clip to sexually assault her. The sub-inspector at CBD police station Amit Shelar was attached to crime branch department of Navi Mumbai police.  The FIR under Section 376 of the Indian Penal Code has been registered against Shelar. Uttar Pradesh: Police Inspector Rapes Woman Constable for 8 Years

"The victim woman and her husband had come to my office with her complaint against the PSI alleging assault. Accordingly, I had directly the CBD police to register an FIR against the accused cop," reported The Times of India quoting Police commissioner Sanjay Kumar as saying. Shelar is absconding since the day FIR was filed. Even the police team raided his residence at Kamothe to arrest him but could not nab him.

In a similar incident in November, a woman assistant sub-inspector accused a fellow police sub-inspector of rape. The rape survivor lodged a police complaint 30-year-old Ashish Damor. The woman ASI is posted at Surendranagar police headquarters, while the accused is working in Patan. The 28-year-old rape survivor alleged that Damor had raped her several times for the past 10 months by promising her to marry.