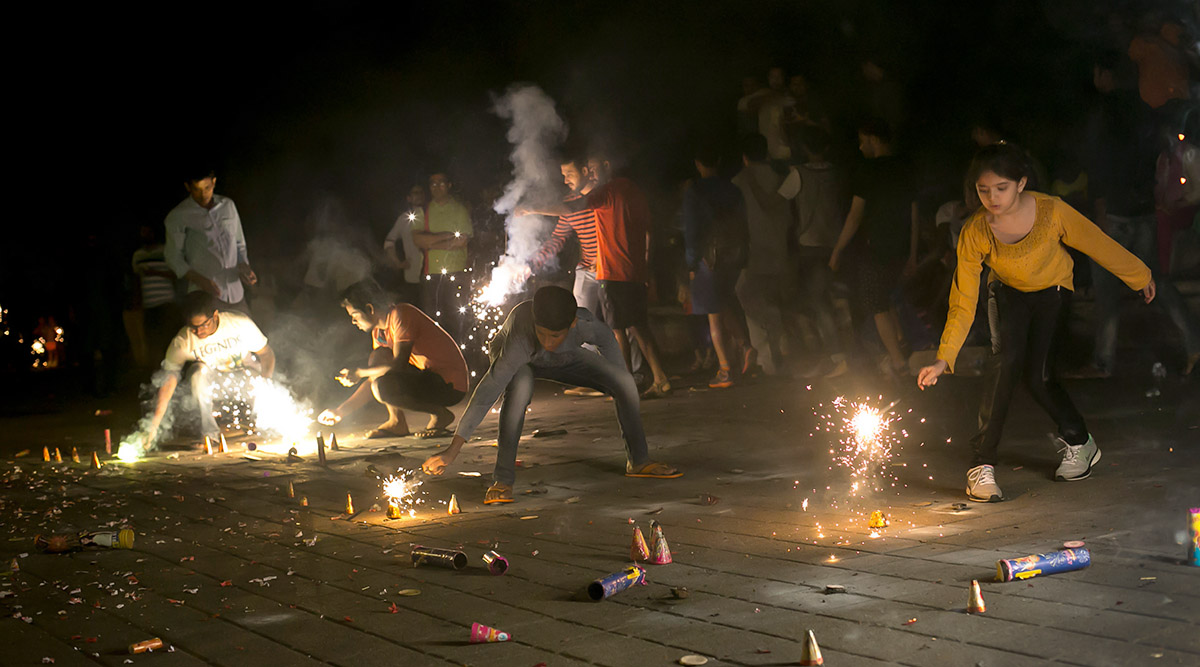 "Amaresh Nayak and his friends were bursting firecrackers at Sundarpada area in Bhubaneswar when a group of youngsters prevented them from doing so. Thane: 7-Year-Old Boy Slips Into Open Drain While Playing With Friends on Diwali, Dies.

"The altercation snowballed into a clash and Nayak was critically injured in the incident. Doctors at a hospital here declared him brought dead," he said.

Sukhadev Monda, a government employee, was charred to death after firecrackers landed on his house at Sadha Chhak in Keonjhar district, the officer said.

Monda, who worked as a clerk at Anandapur Tehsil office, was sleeping at his residence during the incident, he said. Prakash Chandra Ojha came in contact with a live wire while fixing decorative lights at his residence in Bhadrak district and died on the way to the hospital, the officer said.

Meanwhile, four children were injured while burning firecrackers in Bhadrak district. Also, one person sustained burn injuries due to a blaze caused by a lamp lit in his shop in Ganjam district while a youth was injured while bursting fireworks in Sundargarh district, the officer added.