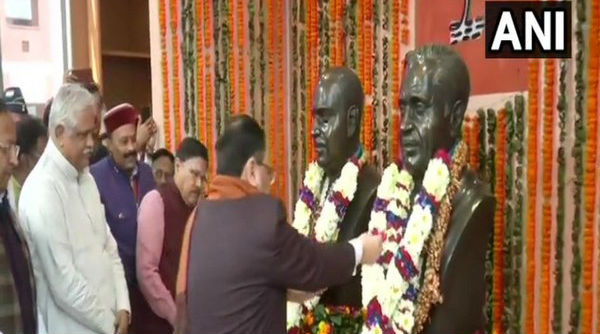 "Deendayalji had the qualities of a politician, leader, and advisor and with these qualities he always strove to take the party to new heights. He was able to take the Bharatiya Jana Sangh from a being a small organisation to a national party," Nadda said. Delhi Assembly Elections 2020: BJP Leader Kapil Mishra Says 'Won't Be Surprised if Arvind Kejriwal Loses from New Delhi Seat'.

The BJP chief also said Prime Minister Narendra Modi-led government's schemes are all inspired from Deendayal's ideology of integral humanism. "PM believes and works diligently in giving practical shape to all government schemes so that everyone receives the benefits of the schemes. Before him, even Atal Bihari Vajpayee-led government worked on the path set by Deendayal," he added.

Pandit Deendayal Upadhyaya was a Rashtriya Swayamsevak Sangh (RSS) thinker and former leader of the Bharatiya Jana Sangh, the forerunner of BJP. He became president of the Jana Sangh in December 1967. He passed away on February 11, 1968, under mysterious circumstances. His body was found near Mughal Sarai junction which has been renamed as Deendayal Upadhyay junction.