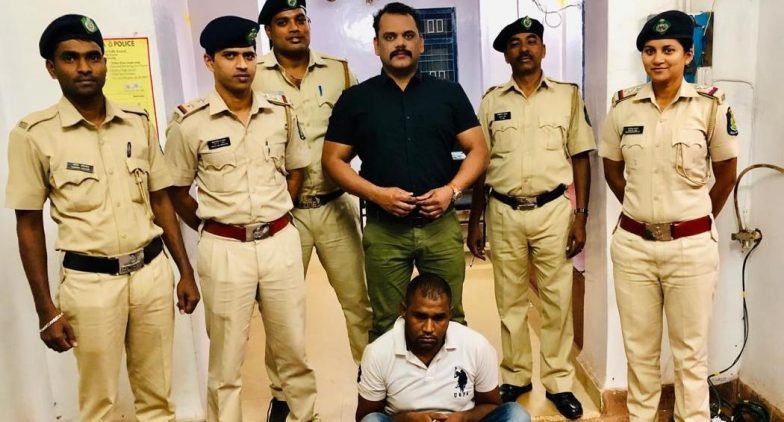 Calangute, January 6: Goa Police on Saturday busted a prostitution racket that was being run from Calangute area. Police said that one person has been arrested in connection with the crime. Calangute police have also rescued two women and shifted them to State Protective Home. Sex Racket Busted in Gurgaon at Spa Centre in City Mall, Seven Arrested.

After arresting the accused, a case was registered against him under section 370, 370(3) of Indian Penal Code and section 4, 5, and 7 of Immoral Trafficking (Prevention) Act. New agency ANI also tweeted an image of the police officials with the accused. Prostitution Racket Busted in Hyderabad, 24-Year-Old Mumbai Actress Rescued.