Several other parts of Rajasthan also recorded temperatures below 12 degree Celsius. The mercury continued to dip during the night time with the temperature in Jaisalmer being recorded at 12 degrees Celsius and 12.7 degrees Celsius in Barmer, according to the meteorological department. 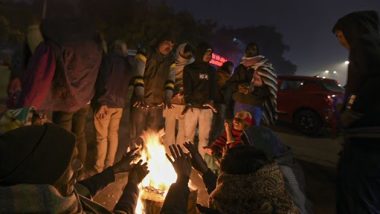 Earlier this month, the India Meteorological Department (IMD) said that the country will witness colder, harsher winter this year due to La Nina conditions.  For the plains, the IMD declares a cold wave when the minimum temperature is 10 degrees Celsius or below and is 4.5 notches less than normal for two consecutive days. The IMD had further added that a fresh western disturbance is approaching northwest India on November 23. It is likely to increase the minimum temperature by a few notches.

(The above story first appeared on LatestLY on Nov 21, 2020 12:35 PM IST. For more news and updates on politics, world, sports, entertainment and lifestyle, log on to our website latestly.com).