Republic Day 2020: No Sweet Exchange Between BSF and Pakistani Rangers at Attari-Wagah Border on R-Day 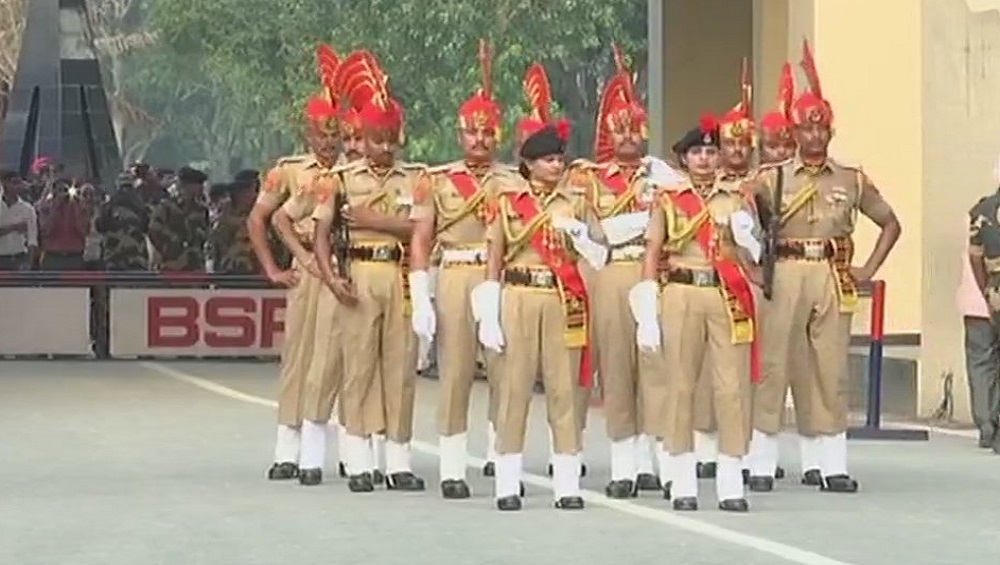 New Delhi, January 26: Amid heightened India-Pakistan tensions, the Border Security Force (BSF) on Sunday did not exchange sweets with their Pakistani counterparts, the Pakistani Rangers, at the Attari-Wagah border on the occasion of India's 71st Republic Day. "There were no exchange sweets as Pakistani Rangers did not respond to a message sent to them in this regard," a senior BSF official told IANS, requesting anonymity. Republic Day Parade 2020: CRPF Women Bikers Debut With Daredevilry at R-Day Parade, Watch Video.

Border guards from both sides normally exchange greetings and sweets on prominent religious festivals and other occasions like the Independence Days of both countries as a goodwill gesture. Republic Day 2020: Fundamental Rights And Duties of Indian Citizens Under Constitution of India.

However, a special cultural function was organised by the Indian authorities at the joint check post, some 30 km from Amritsar, where the national flag was hoisted in the morning and the symbolic Retreat ceremony, that saw a gathering of tens of thousands, was conducted in the evening.

Normally, before the Retreat ceremony, that includes the lowering of national flags and closing of the border gates on both sides, senior BSF officials exchanged sweets with their Pakistani counterparts. They also hug and shake hands with one another for a few minutes.

This time they shook hands but no hugging and exchange of sweets took place. The visitors on the Indian side could be heard shouting pro-India slogans and dancing to the tunes of patriotic songs.