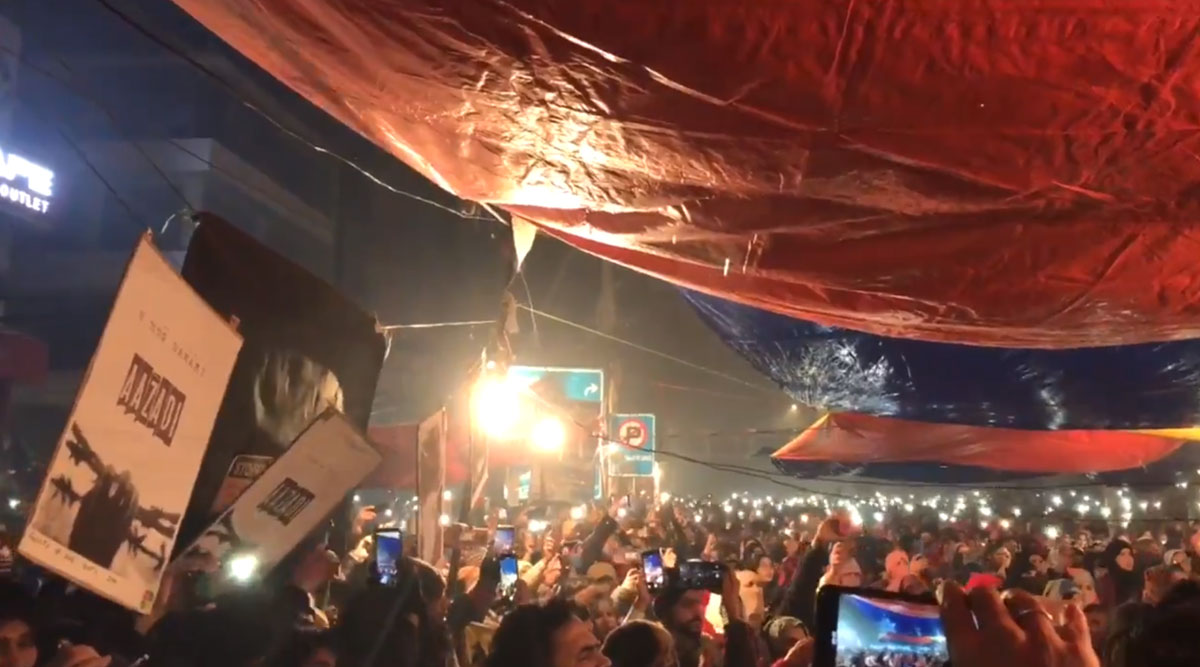 New Delhi, February 11: Panic gripped the area of Shaheen Bagh at midnight as Delhi Police personnel reportedly resorted to lathicharge against the women demonstrators. The official Twitter account of Shaheen Bagh agitation posted an updated, alleging baton charge by police officials who were "drunk". The law enforcement personnel were being incited by an unruly mob which was chanting "goli maaro ***** ko", they alleged.

The Twitter handle of @ShaheenBagh_ tagged several members of the civil society, along with celebrities who have backed their anti-CAA agitation, to reach out to them at the earliest. Speculations were rife that the Centre-ruling Bharatiya Janata Party (BJP), under whose jurisdiction the law and order of Delhi falls, may direct the police to remove the protesters on February 11 -- when the results of Delhi assembly elections 2020 are scheduled to be announced. Shaheen Bagh Shooting: Kapil Gujjar's Father Rejects Delhi Police Claims, Says 'Family Not Associated With AAP'.

"There has been a second round of lathicharge on the peacefully protesting women by drunk policemen who were incited by a group of men changing "Goli Maaro." (sic)," the tweet read. "There have been detentions at Sangam Vihar and at Govindpuri," it further added.

The protests at Shaheen Bagh were launched on December 15, after the Centre had passed the Citizenship Amendment Act (CAA) in the Parliament. The law, coupled with the proposed nationwide National Register of Citizens (NRC), is being considered as a ploy by critics to strip vulnerable Indian Muslims of their citizenship.

The Shaheen Bagh protesters drew criticism from a section of Delhiites as their indefinite sit-in has led to the blockage of an arterial road, which connects Kalindi Kunj to Mathura Road. During the Delhi elections campaign, the BJP pinned the blame om AAP for the commutation row, alleging that the party is backing the demonstrators. Chief Minister Arvind Kejriwal had, however, reiterated that his party had no role in the protests underway at Shaheen Bagh. "The Home Ministry is with them (BJP). If they want the area could be vacated within two hours," he had said.