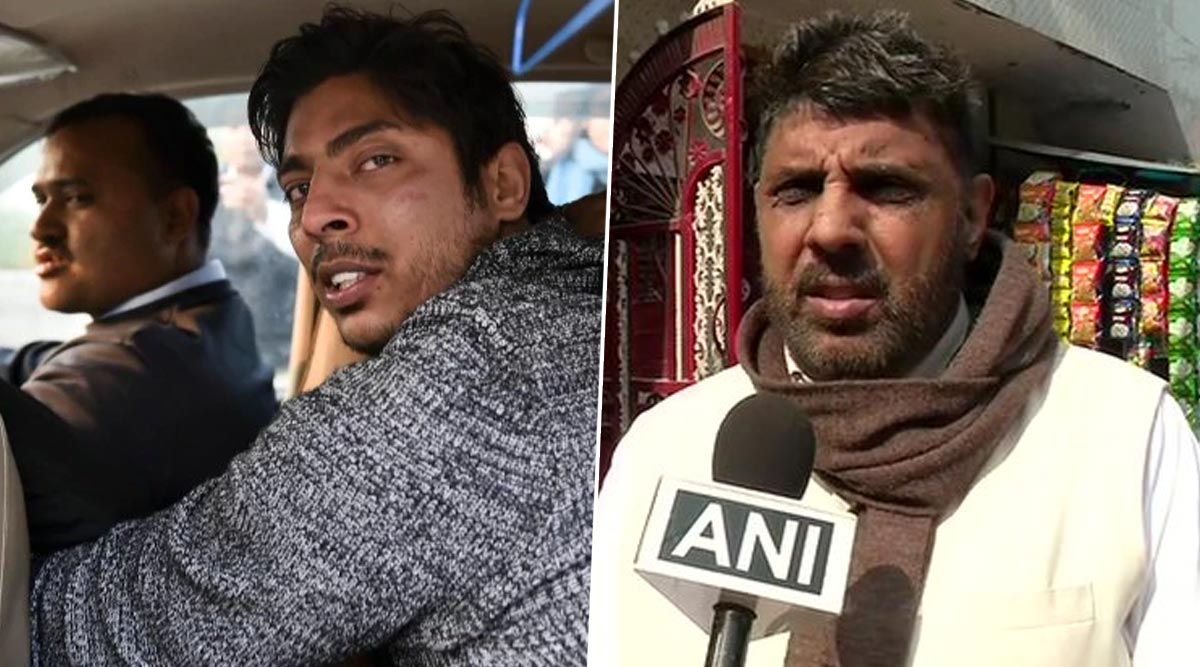 New Delhi, February 5: A day after Delhi police claimed that Kapil Gujjar, who opened fire at Shaheen Bagh on February 2, is an Aam Aadmi Party’s (AAP) member, his family denied that he is associated with the Arvind Kejriwal-led party. Gaje Singh, the father of Gujjar, said that neither he, nor his family was associated with AAP. He further added that, during the Lok Sabha elections 2019, AAP leaders came to his area and made them wear party’s cap to click pictures. Shaheen Bagh Shooting: Gaje Singh, Father of Shooter Kapil Gujjar, Says ‘Family Is Shocked, No Idea From Where He Got Gun’.

Singh stated that even during the parliamentary polls he garlanded a Bharatiya Janata Party (BJP) leader. Earlier, Gujjar’s father was in the Bahujan Samaj Party (BSP) and had even contested an election in 2012. “I used to be in BSP and fought an election as BSP candidate in 2012. After that I was unwell, so I quit politics. We have nothing to do with politics,” said Gujjar’s father.

On Tuesday, Delhi police said that Gujjar was an AAP member. Police found pictures of Gujjar with AAP leaders like Atishi and Sanjay Singh while going through his mobile phone. Delhi DCP Rajesh Deo said, “In our initial investigation we found some photos from Kapil's phone that establish & he has already disclosed that he and his father joined AAP a year ago. We have taken his two days remand.”

Gujjar, is currently in a two-day police custody, He had opened fire at Shaheen Bagh on people protesting against the Citizenship Amendment Act on February 2. He was immediately taken into custody by the Delhi police. On Tuesday he was sent to police custody.