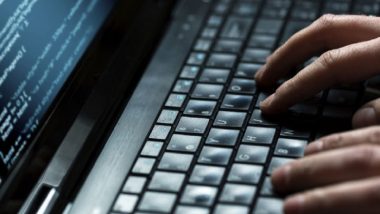 “A malicious social media post has led to mindless violence in Bangalore (Bengaluru) city resulting in loss of life and properties. Public are requested not to post/circulate any inappropriate content in social media which is likely to adversely affect public order and peace in the society,” the DGP said.

He said Telangana Police were closely watching round the clock for anti-social elements circulating such malicious content in social media.

“All the SHOs and other senior Officers have been instructed to register specific cases in every such instance and initiate strong and strict action against such offenders without fail. I request the public to partner with police to maintain the highest standards of safety and security in Telangana,” he added.

Public are requested not to post/circulate any inappropriate content in #SocialMedia. #TelanganaPolice is closely watching #SocialMedia for unsocial elements circulating malicious content.

All the officers have been informed to initiate strict action against the miscreants. pic.twitter.com/wkLzOX7tmm

Be very cautious before posting anything on Social Media. Last night there was violence in Banglore because of such social media post. We will take very firm legal action for any irresponsible post. We can not allow under any circumstances our city to get bad name.

Anjani Kumar has also urged people to be very cautious before posting anything on social media. “Last night there was violence in Bangalore because of such a social media post. We will take very firm legal action for any irresponsible post. We cannot allow under any circumstances our city to get a bad name,” he tweeted.

A Facebook message posted allegedly by a relative of a Congress MLA triggered violent protest in Bengaluru on Tuesday night.

Three people were killed in the police firing and 60 police personnel were injured in the violent incident of stone pelting and attacks by rioters.

“Goes to show you how dangerous spreading fake news in social media can be…,” tweeted Rama Rao, who is son of Chief Minister K. Chandrashekhar Rao.

Rama Rao, who is also the President of Telangana Rashtra Samithi (TRS), requested all social media users to be responsible. He urged them not to indulge in propaganda and stop spreading fake news.

(The above story first appeared on LatestLY on Aug 12, 2020 09:07 PM IST. For more news and updates on politics, world, sports, entertainment and lifestyle, log on to our website latestly.com).