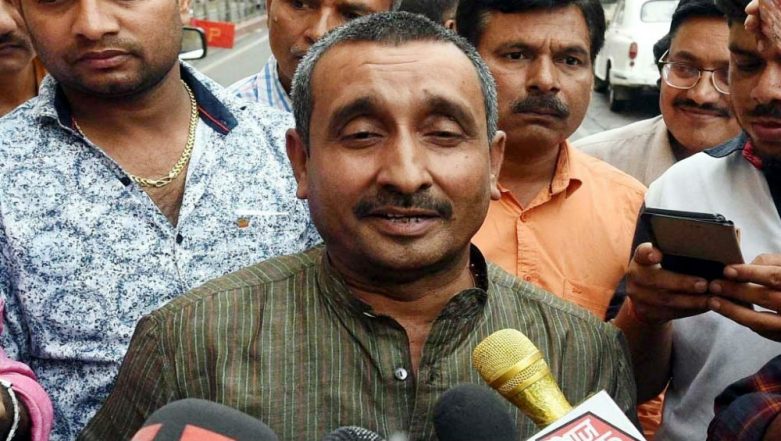 Lucknow, September 6: The Unnao rape survivor has alleged in a media interaction that it was Kuldeep Singh Sengar who conspired to kill her in the car-truck accident that took place on July 28. The horrific incident killed both her aunts and critically injured her and her lawyer, who was driving the car. Lucknow DM Hands Over Rs 25 Lakh Cheque as Compensation to Survivor's Mother After Supreme Court's Order.

Speaking to TOI from AIIMS hospital bed, she revealed that she had received death threat from an aide of Sengar while visiting the Court, just prior to the accident. They would ask her to withdraw the case against the accused's mother who allegedly made death threats. The survivor further said that on the day of the accident, she could see the truck coming straight and it rammed against their car. She said, "I am confident that the crash was engineered by Kuldeep Sengar to kill me. He can go to any extent even from prison."

Two days after the accident, the Uttar Pradesh police have found out that the truck involved in the mishap is owned by Samajwadi Party (SP) leader Nandu Pal's elder brother Devendra Pal. The truck which collided with the car had its registration plate smeared with black paint. The accident took place when they were on their way to meet the survivor's uncle, who is lodged in a Rae Bareli jail in a separate case. The victim's father was allegedly killed by Kuldeep Singh Sengar's brother after she had approached the police.

Kuldeep Singh Sengar, his brother Manoj Singh Sengar and eight others have been booked on charges of murder in connection with the accident. Sengar is the prime accused in the rape case of the minor girl. He is a BJP MLA from Bangarmau in Unnao and was arrested by the CBI in April last year. The teen was allegedly raped by the MLA at his residence in Unnao on June 4, 2017, where she had gone seeking a job.