The Andhra Pradesh government on Tuesday suspended three officials in connection with Vizag gas leak at LG Polymers, a chemical factory in RR Venkatapuram village. The suspended officials include, two Environment Engineers from Pollution Control Board and one official from the Factory Department. 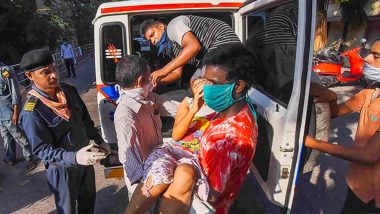 On Monday, the High Power Committee (HPC) that was set up to probe into the Vizag gas leak mishap submitted its report to Andhra Pradesh Chief Minister YS Jagan Mohan Reddy. Accepting the probe report, the Chief Minister directed that the report should be placed in the public domain for people to access. It has also been decided to approach the relevant authorities.

The eight-member committee comprising state and central officials and experts compiled a comprehensive 4,000-page report looking into the causes and factors behind the styrene gas leak at LG Polymers' facility on the outskirts of the port city. The committee found the LG Polymers at fault.

The reasons cited for the mishap include the poor design of the tank, inadequate refrigeration, poor safety protocol, slackness on the part of the management. It also found out that insufficient knowledge of the chemical properties of styrene, especially during storage conditions, and non-compliance with safety protocol during the lockdown were also responsible for the tragic incident which claimed 12 lives on May 7 this year.

(The above story first appeared on LatestLY on Jul 07, 2020 11:07 PM IST. For more news and updates on politics, world, sports, entertainment and lifestyle, log on to our website latestly.com).