According to a tweet by ANI, Adityanath says he will not take part in the last rites to ensure enforcement of lockdown and to defeat coronavirus pandemic in the state. 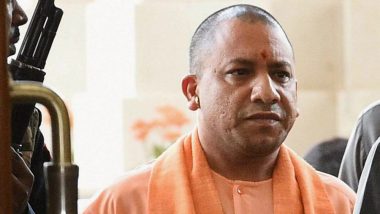 Adityanath's father Anand Singh Bisht died on Monday at Delhi AIIMS. Following his demise, condolences poured from across the nation. Governor Anandiben Patel offered her condolences to the departed soul and prayers for the family. Meanwhile, Deputy Chief Minister Keshav Maurya, in a tweet, expressed grief at the demise and said that may God give strength to the family to bear the loss.

Uttar Pradesh Chief Minister Yogi Adityanath says he will not take part in the last rites of his father tomorrow, to ensure enforcement of lockdown and to defeat coronavirus pandemic in the state. pic.twitter.com/PPjy9xxLgB

The CM's father was undergoing treatment at the gastroenterology department of the All India Institute of Medical Sciences (AIIMS), Delhi, reports said. Hospital authorities claimed that he was admitted after his health deteriorated and his condition was critical.

On Sunday, Adityanath held a meeting through video conferencing with all District Magistrates and police chiefs and announced that lockdown will not be lifted in 19 districts that have reported more than 10 COVID-19 cases. Adityanath had said that in the remaining districts, the District Magistrates will take a decision whether or not to allow relaxation in lockdown rules, adding that, no relaxation will be permitted in the sealed hotspots.

(The above story first appeared on LatestLY on Apr 20, 2020 01:32 PM IST. For more news and updates on politics, world, sports, entertainment and lifestyle, log on to our website latestly.com).